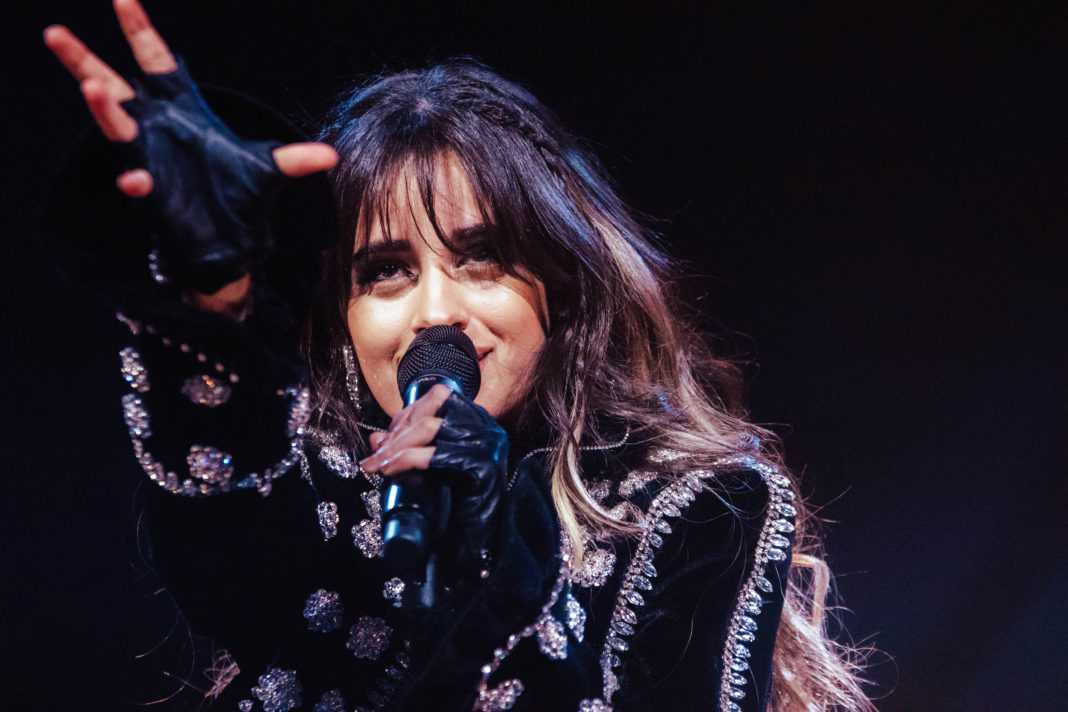 On an unusually cold April morning, dozens of fans waiting to see Camila Cabello were already lined up outside The Riv. While it was extra chilly, the fans were all smiles as they took selfies with the marquee and sang Cabello’s songs. These fans were front and center for the singer’s show ten hours later, and their energy never let up. The all-ages show drew tons of younger fans (and their parents) who were just as excited as their teenager and 20-something counterparts. Despite a few hiccups at the start of the show, Camila Cabello’s incredible performance gave her fans a once in a lifetime experience. 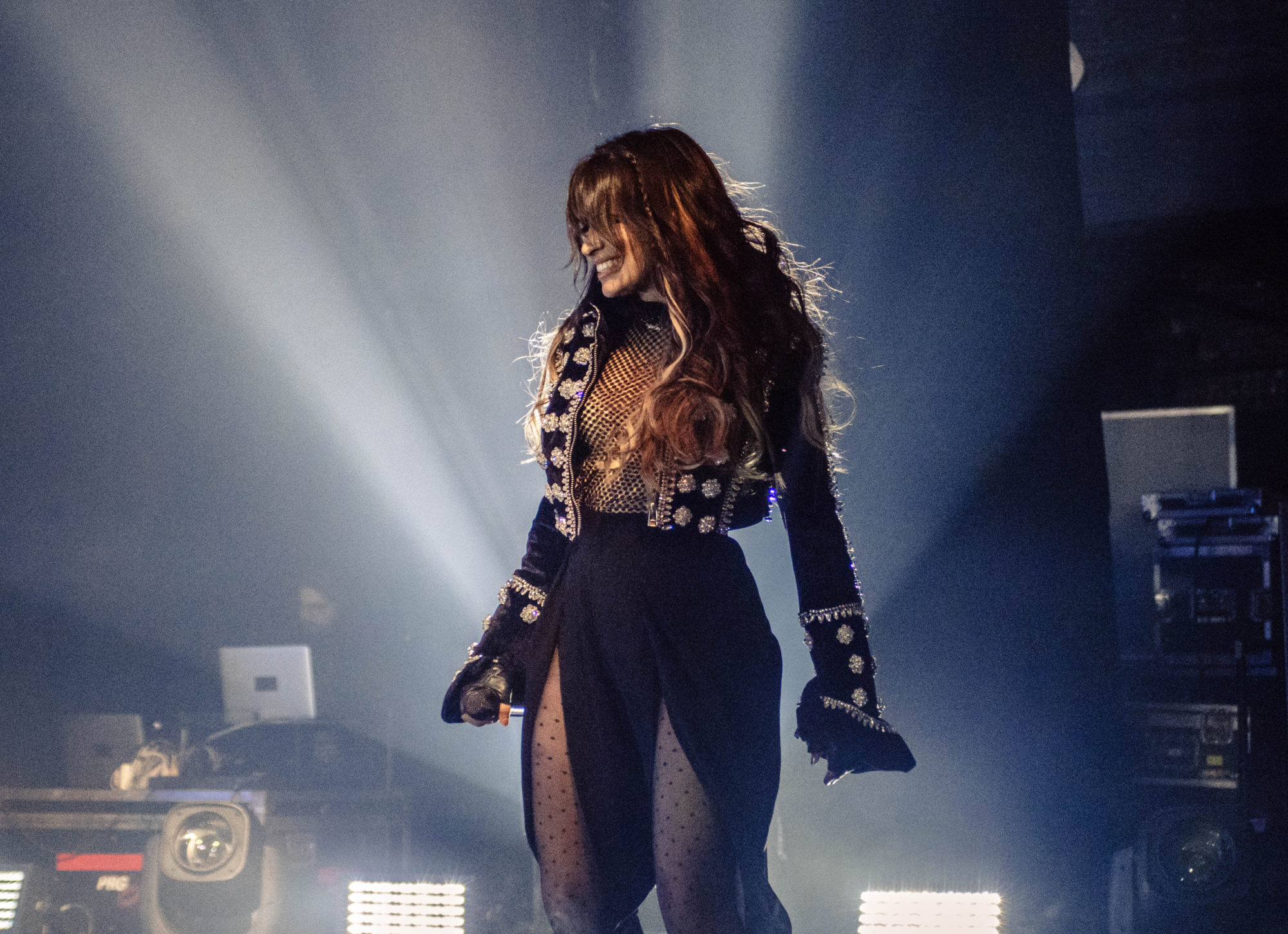 There are few pop stars as popular as Camila Cabello right now.  Following her departure from Fifth Harmony, some critics doubted her ability to have a successful solo career. The young starlet blew everyone away with her massive hit “Havana,” which reached #1 on the Billboard Hot 100 chart in January of this year. Cabello’s star power is on the rise and seems to have no stopping point in sight. With all pop stars, however, Cabello is under pressure to keep her act fresh and exciting; if anyone can pull this off, it’s this 21-year old powerhouse. Her debut album Camila entered the Billboard Hot 200 charts at #1 and has been praised as an amazing debut for a female artist leaving a group.
For her Never Be the Same Tour, Camila Cabello is bringing Bazzi along. Bazzi is a 20-year old internet sensation who gained fame thanks to Vine and Snapchat. Bazzi created a Vine account and started crooning; before long, he had 1.5 million subscribers and had created a name for himself outside the platform. The single “Mine,” was made famous after the song was turned into a meme and flooded Snapchat with the song’s lyrics and heart emojis. Bazzi has since been on Ellen and is being recognized for his incredible voice, not just his social media presence. 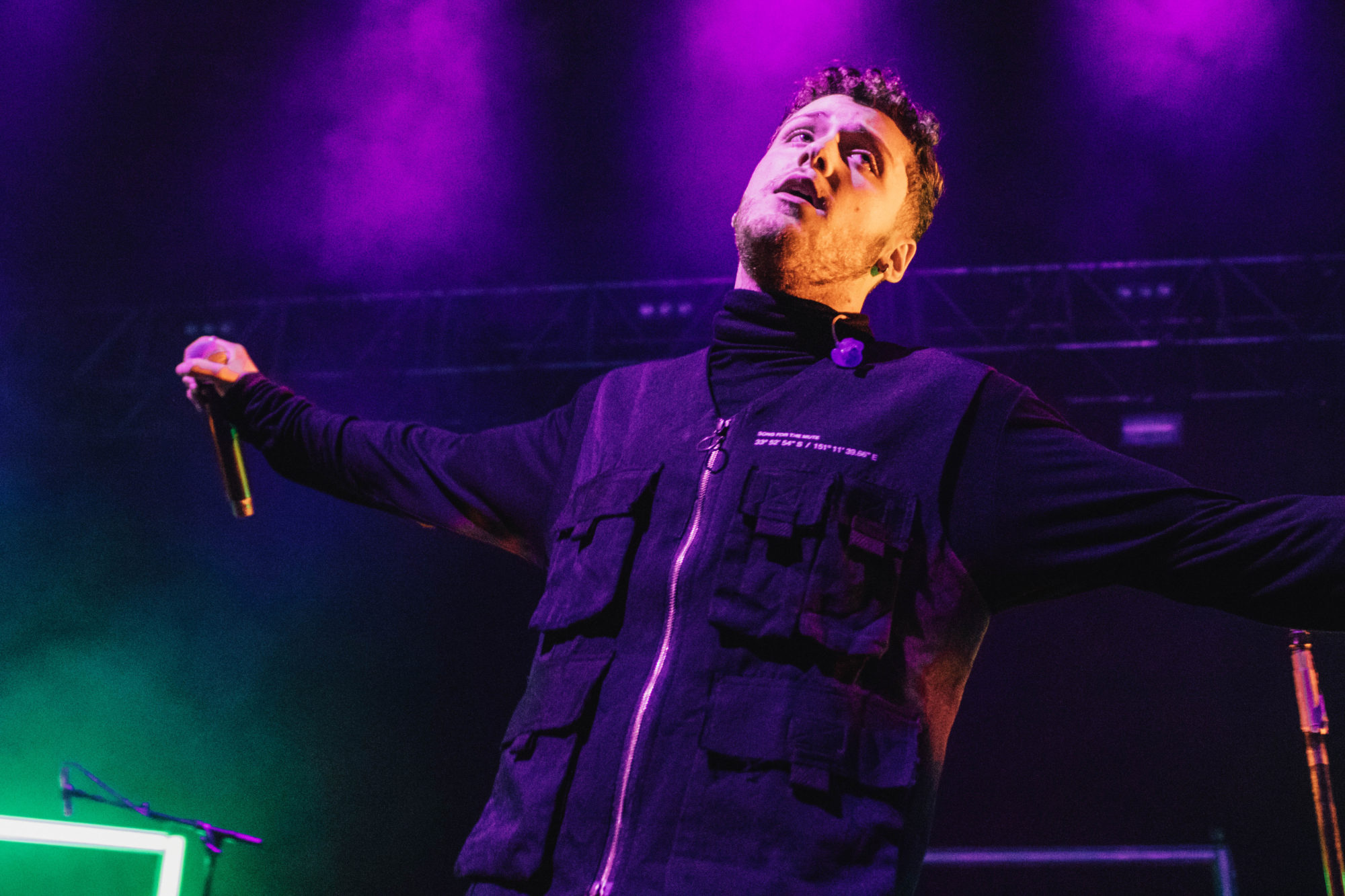 Cabello started the night with “Never Be the Same”, but at some point during the song, her audio started acting up. Fans and photographers alike tried motioning to her security in the pit to let him know, but this silent show went on for two full songs. Once the problem was solved, fans were treated to Cabello’s strong and melodic vocals, made even more impressive with her choreography and backup dancers. In between costume changes and short videos, the stage would fill with fog, rolling out into the audience and turning the modest venue into a stadium. Cabello could have easily played the United Center or Soldier Field (which she will be doing soon in support of Taylor Swift), but seeing her at The Riv was even more exciting. Fans were able to see their favorite pop star up close and personal, which is likely something they won’t get to do again. Camila Cabello is only 21, but she is already a veteran pop star. It’s almost certain that her next solo tour will be in the biggest stadiums across the country.
Camila Cabello’s tour continues through the U.S. throughout April and May. Tickets for the tour can be purchased HERE.