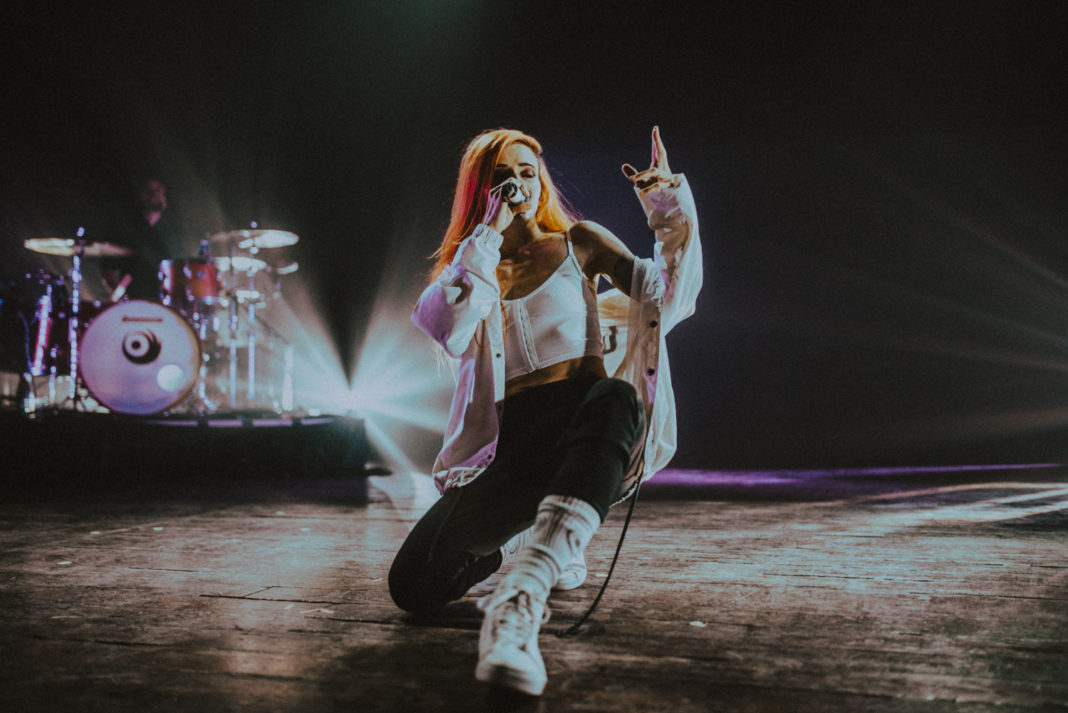 Nearing the end of the We Were Here Tour in support of Lights’ phenomenal new record, Skin & Earth, which kicked off at the end of January this year, you’d expect the momentum to begin to slow down, for the energy to be lower, and that would be completely understandable, especially when touring for so long. However, as soon as she took the stage, the audience was in complete awe of her every electric movement. Jumping around all over the stage, she did not miss a second to interact with her audience and give it her all. Her stage production came together flawlessly, creating fascinating visuals to accompany her performance.

Pulling from all across her discography, she played an incredible set and I can confidently say that she is one of the best (and most fun) performers I’ve ever been able to witness live. She opened with “New Fears,” followed by “Savage” off of Skin & Earth, followed by “Toes” from 2011’s Siberia. Next up was “Up We Go” off of Little Machines which is normally played closer to the end of the set. It was a great surprise to hear it so early though. She continued strong through her 17-song set, consisting of acoustic renditions of songs as well as a pizza synth. She closed out the set with “We Were Here” and “Almost Had Me.”