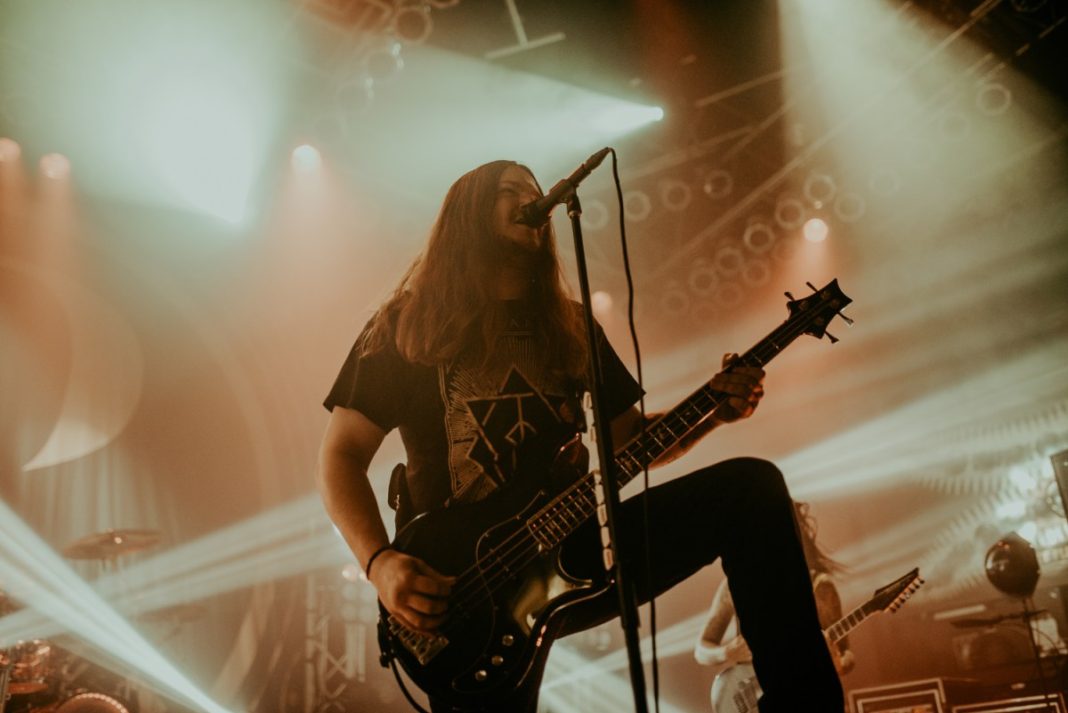 The Defy Tour stopped by Chicago’s House of Blues on February 11 with a line-up consisting of MSCW, Fire From The Gods, Cane Hil, Blessthefall and of course headliner Of Mice and Men.

Winter tends to be slow season for touring bands in places like the Midwest for shows, so the announcement of Of Mice and Men touring in February in support of their new album, Defy, resulted in a packed house with people ready to put the winter behind them.

Due to some confusion with door and show times, MSCW opened the show to fans on the floor and at the bar as the rest trickled in, but their energetic set kept everyone captivated. By the time they were done and Fire From The Gods and Cane Hill played, the room was full and ready to see Blessthefall, followed by Of Mice and Men.

Blessthefall opened with “You Wear a Crown But You’re No King,” followed by “Young Bloods” and “Oathbreaker,” and as usual, requesting everyone to crowd surf and getting exactly that. They played “Melodramatic,” a new song off of Hard Feelings (due out March 23) and closed with “Hollow Bodies.”

Of Mice and Men walked out on stage to roars from the audience, opening with the title track off their new record, Defy and continued into “Warzone” and “Unbreakable.” One of the really cool things about their set was not only how their energy translated into the audience, but their light show as well. They continued with some songs off of Restoring Force like “Would You Still Be There” and played a Pink Floyd cover. They ended their set with “You’re Not Alone” and “The Depths.”

Fire From The Gods

Of Mice and Men