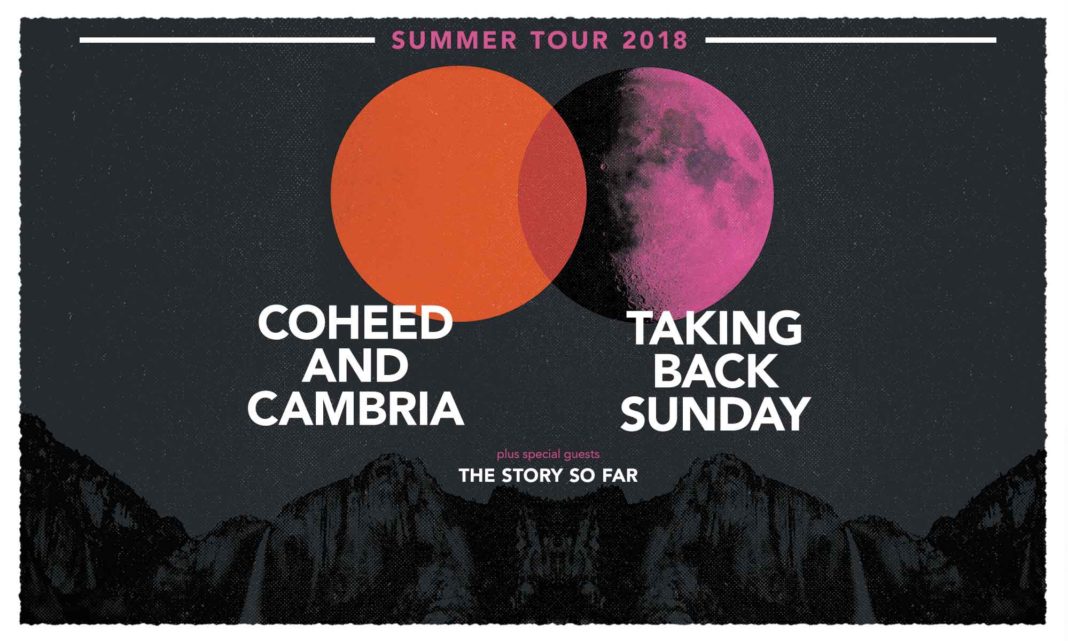 We’re hitting that time of the year where a lot of summer tours are being announced, and we’re really looking forward to this one. It has been announced that Coheed and Cambria and Taking Back Sunday will be doing a co-headlining tour this summer.

“It’s funny, we’ve been friends all of this time but we’ve never done a full tour together,” mentions Taking Back Sunday drummer Mark O’Connell. “We ran into each other at some festivals last year and got to talking about it and here we are.”

The Story So Far will also be on the tour, acting as the opening act for the entire run. The tour kicks off on July 6 in Miami, and runs from coast-to-coast, wrapping up on March 12 in Phoenix. Tickets for the run are set to go on sale starting Friday, February 23 at 10AM local time. Pre-sales through the bands will begin today at 10AM local time with the pre-sales set to close at 10PM on Thursday (February 22).

Coheed and Cambria’s most recent album The Color Before the Sun was released in 2015, while Taking Back Sunday’s last studio full-length Tidal Wave was issued in 2016. It is expected that The Story So Far will be releasing a new album later this year, as well.

Check out all of the upcoming tour dates for Coheed and Cambria’s co-headlining run with Taking Back Sunday below.