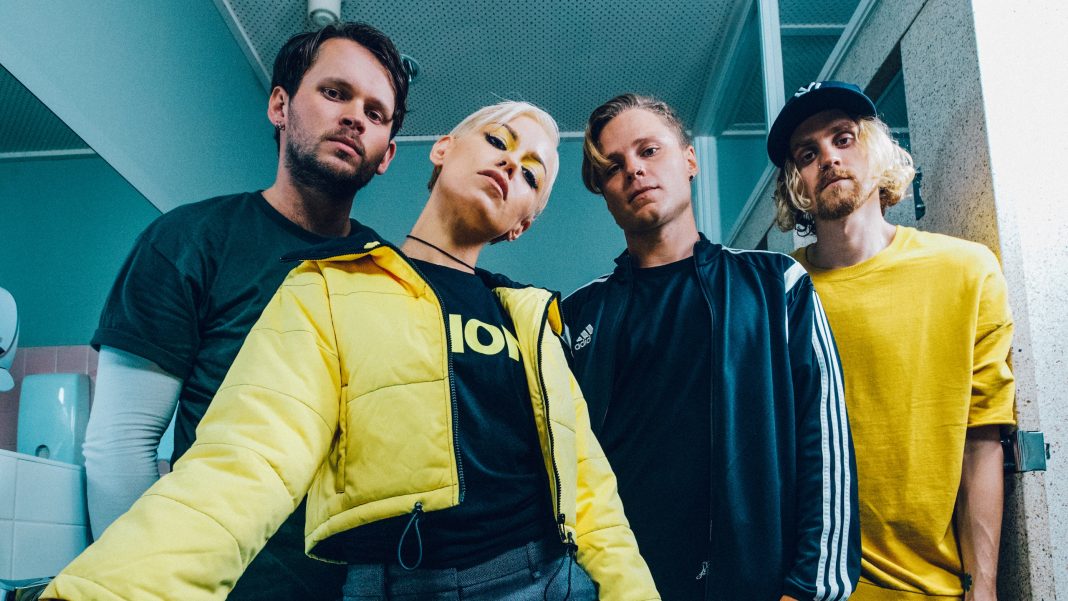 Tonight Alive is a band that has seen quite the career arc if you will. It seems hard to believe that it’s been so long, but they first broke through nearly six years ago. Their debut album, What Are You So Scared Of?, was released in the fall of 2011 via Sony Music Australia, then four short months later it was released in the U.S. via Fearless Records. As a female-fronted pop-punk band, it didn’t take long for the comparisons to Paramore to start rolling in. But, as usual with those comparisons, it seemed unfair to Tonight Alive.

Sure, they had the big pop-punk anthems on the album (“Breaking & Entering“) and even a song featuring Blink-182’s Mark Hoppus (“Thank You & Goodnight“). They later even did a song with Good Charlotte’s Benji Madden (“Breakdown“) in 2013. But with their cover of Mumford & Son’s “Little Lion Man” that appeared on Punk Goes Pop 4, you could hear the potential for what Tonight Alive could ultimately be. In a interview back in 2012, former guitarist Whakaio Taahi was asked about the comparisons and simply had this to say:

“People are going to compare, it’s human nature but we don’t really let it affect us. We just do what we love to do and hope people like it.”

All was good with Tonight Alive through the cycle of their second album, The Other Side. The band was praised for their ability to push the boundaries of their music while retaining some of that same edge that their debut album had. However, with their third studio album, things got a little hazy for their fan-base and critics alike. With Limitless, the band really pushed the envelope on what Tonight Alive was and will be moving forward. Admittedly, I wasn’t the biggest fan of the album at the time, but the more I have re-visited it, the more I enjoy the album as a whole. Limitless is where the band really broke free of any of those Paramore comparisons and formed their own sound. On their new album, Underworld, the band continues heading in this direction and really pulls it off.

“Temple” was the first single released from the album, and after one spin you can see why. During the verses of the song, you’re greeted with the riff-heavy alt-rock vibes that Tonight Alive established in “How Does It Feel?” — the first single off their last album, Limitless. However, with “Temple” the group makes a statement that they still have a knack for writing catchy choruses that can get stuck in your head. Vocalist Jenna McDougall has been vocal about her own personal mental struggles, and that continues with “Temple”:

There are a lot of times on Underworld in which McDougall and Tonight Alive are singing about personal things that maybe they haven’t touched on before. With “Crack My Heart” McDougall’s powerful voice sings about a “winged man” who helps her break free and become her own person. On the masterfully poppy “The Other,” there is a lot of self-discovery and once you reach that pinnacle of realizing who you are, choosing to live your life in an unapologetic way:

“Now that I’m dancing with my demons and making everybody nervous
I have to walk the path in front of me,
‘Cause I’m not one for following,
And I will not apologize, or lie for who I am”

Underworld also has a few guest appearances on the album, with PVRIS’ Lynn Gunn joining the band on “Disappear” and Slipknot/Stone Sour’s Corey Taylor showing up on the closing-track “My Underworld.” When the track-listing was released and Corey Taylor’s name appeared, there was immediately a lot of hype regarding the song. I’m here to tell you, that the hype is more than warranted. Taylor first appears in the second verse of the song, but then he sticks around through the end, so this isn’t one of those features that feels “forced” by throwing in a random verse. Taylor and McDougall compliment each other throughout the rest of the song; harmonizing at certain points, and trading vocals towards the end. This ballad closes out the album even stronger than imagined.

“The album is called ‘Underworld’ and I named it that because it reflects the ugly parts of me that I wasn’t ready to see until now.”  – Jenna Mcdougall

On Underworld, Tonight Alive push their musical boundaries a little more and pull it off masterfully. Songs like “Temple” and “Crack My Heart” show that the band can write alt-rock tracks, while songs like “In My Dreams” and “Just For Now” showcase the band’s ability to craft mid-tempo pop-rock songs. Are you in the mood for ballads? Don’t worry, Tonight Alive has you covered with the lovey “For You” and “Looking for Heaven.” The album slows down a little bit in the second half of the album, which leaves the first half carrying the majority of the weight here. This isn’t enough to particularly to bring down the album, just know that once you hit “Waiting for the End,” you’re left with ballads. Underworld is a really good album, and another step in the right direction for Tonight Alive; this finally feels like everything the band was meant to be.

Underworld will be released this Friday, January 12th via Hopeless Records. You can currently pre-order the album here.