Advertisement
Home Editorial Watching ‘The Room’: How I Found My Spoons and Lived to Tell... 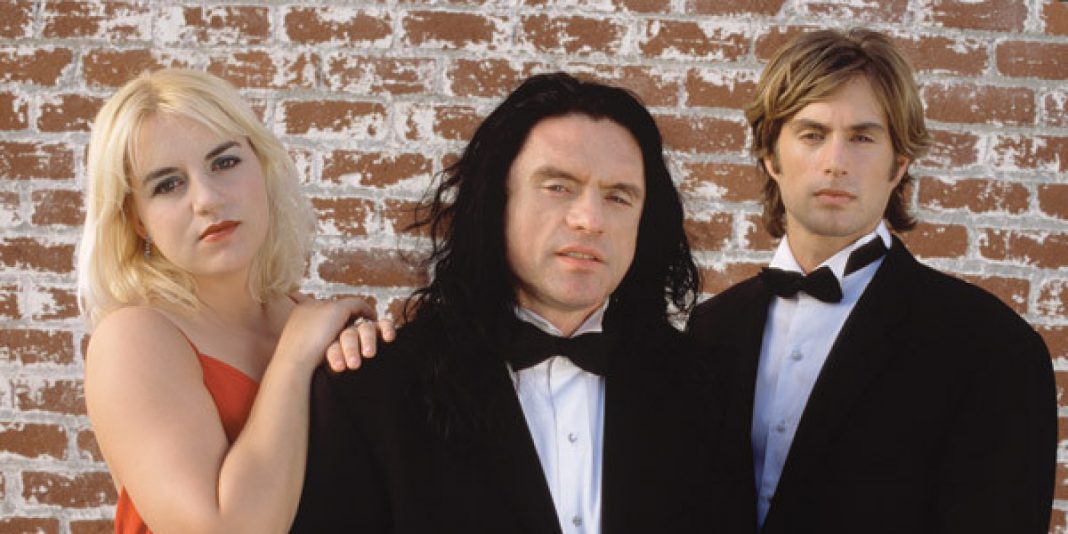 Despite my long history of watching bad movies, I had never seen Tommy Wiseau’s The Room. I had heard about it over the years but hadn’t quite gotten around to it. When my editor offered me a chance to see it in an interactive event being held in honor of the release of The Disaster Artist, I jumped at the chance. Now I understand the popularity, and while I might not be rabid for it quite yet, I see the appeal of watching this truly terrible movie whether it’s at home or with a pack of other excited fans.

For those who aren’t familiar with The Room, I will give a brief synopsis. Johnny (Tommy Wiseau) and his fiancée Lisa (Juliette Danielle) seem to have a great life, but shortly before their wedding, Lisa seduces Johnny’s best friend Mark (Greg Sestero). Johnny doesn’t discover her infidelity until the end, culminating in a climactic scene that is possibly one of the most overly dramatic breakups in cinema history. In between these events, there are at least four overlong sex scenes (depending what you count as a sex scene), a person of indeterminate age named Denny (Philip Haldiman) wandering in and out of the apartment, and more awkward dialogue that I thought possible. Everything else has to be seen to be believed.

I arrived early to the small local theater where the event was held, both excited and a little nervous thinking about what I was getting myself into. I had been notified in advance that there would be spoons, little footballs, and possibly a t-shirt available when I arrived and despite the crushing press of people I managed to procure all three. The spoon was no different than what is found in cafeterias everywhere, the football was only about the size of a fist, and the shirt was printed with a fake tuxedo. None of these items made sense to me, but thankfully I was also given a small card with neatly printed instructions on how to use the props and what to yell at the screen. The spoon and football were explained, but the tuxedo shirt would remain a mystery until about two-thirds of the way through the film.

I seated myself in a crowd of people and looked around at the boisterous group that was present, some already bouncing a giant inflatable football through the theater. After the lights went down, we were treated to a brief recorded intro by James Franco and Tommy Wiseau that clarified almost nothing for me but seemed to contain multitudes for the rest of the theatergoers based on their reactions. After this, there was a mystifying set of commercials for Wiseau branded products, including one for underwear that looked suspiciously like knock off Tommy Hilfiger designs circa 2002. Unsure if this was part of the film or not I filed it away for later googling. (It turns out they are 100% real.) Cheers erupted from the audience when the first scene was shown, making it seem like they had been waiting forever for this long shot of the San Francisco Bay. “WATER!” everyone yelled, which was the first sign that the cheat sheet I had been given was woefully lacking in the secret call and response that was to be part of my night.

As the film unspooled its disjointed, outrageous and often unintentionally hilarious content, I began to see why everyone was so excited.  From the beginning, the crowd was hyped up, but as time passed the audience found it’s rhythm and midway through the film it seemed everyone was yelling the comments in unison. A few brave (and obnoxious) viewers would contribute their own riffs as they felt appropriate and each was given boos or laughs depending on quality. As spoons flew at the screen and the gigantic inflatable football was batted about overhead, I found myself chiming in with the audience, even if it was only once or twice.

When I watched Tommy Wiseau scream his now-legendary line, “You’re tearing me apart Lisa!” I finally understood the appeal of this strange thing that barely qualifies as a movie. Viewing it for the first time with a packed theater allowed me to drop all expectations for the movie itself and just go along for the adventure. I’m happy I did because, despite the crazy stories behind its creation (and creator), the terrible acting, and the spoon-filled artwork on the set, The Room is undeniably entertaining.