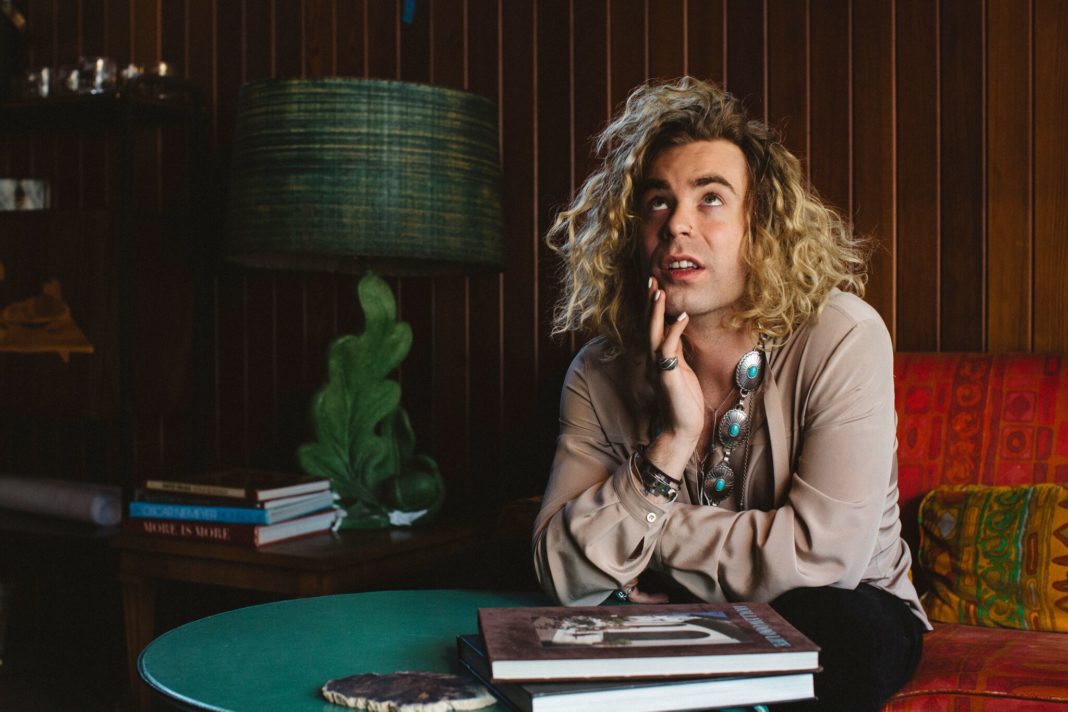 While others may choose to wait for the doors of success to open, Mod Sun has made a career out of kicking them in.

It’s 15 minutes before Mod Sun is due to perform on the Fifth Element stage at Soundset Festival 2017 when a phone rings. One of the people with him answer and quickly call for the circle of friends and family gathered in Mod’s dressing room to quiet down. “They say Lil UziVert isn’t going to make his set time,” the friend explains. “And they want to know if you want his main stage slot that starts in 10 minutes.”

All eyes turn to Mod Sun, who has a slightly concerned look on his face. “Are they going to tell people?” he asks. “My fans are waiting at this stage, and I want to say yes, but is someone going to tell them?” Another person in the dressing room promises to get an answer, and before they can leave the room, Mod agrees to make the switch.

Five minutes, two golf carts filled with people, and the span of the Minnesota State Fairgrounds later, the Bloomington native arrives just in time to make his main stage debut at one of the nation’s leading hip-hop festivals. His mother and sister are watching from the side of the stage, along with some friends who have known him since before everyone called him Mod, or to his closest friends, “Moddy.” The local boy who left to forge his own path has finally come home, and he’s made his city proud.

You know Mod Sun is in a room before you enter it. Whether it’s his infectious laugh filling the space and/or the scent of marijuana smoke in the air, there is an energy that follows Mod Sun wherever he roams. If you ask his fans, they’d probably tell you that energy is why they love him, if not the reason for their decision to improve their own lives. As one fan tells me on the day I’m following him around the grounds of Soundset festival, “He is happiness in the form of a person. Everywhere he goes, positivity and good times follow.”

This is the final stop of Mod Sun’s spring tour schedule, which followed the March release of his second full – length album, Movie. “If I die tomorrow,” he tells me in between puffs on a Camel Crush cigarette while he sits backstage, “part of me would be okay with it because I finished this album.”

Quotes like that are commonplace in conversation with Mod Sun. You might start to believe he plans the things he says in advance if it weren’t for the fact everything about his brand and personality speaks exclusively to living in the moment. His name is an acronym, meaning “Movement On Dreams Stand Under None,” and many of his listeners have made it their personal mantra. He can’t walk more than 10 steps on the festival grounds without someone stopping him and requesting a photo or asking to share a story. It’s not your typical gathering of autograph – hungry followers, each hoping for proof of the moment, but more of a communal gathering. As Mod has famously said on more than one occasion — “I don’t have any fans, only friends.”

2017 has been a successful year for Mod Sun so far, but to hear him tell it, the events of the past few months are nothing more than something he foretold when he was just starting out. Before he was Mod Sun the rapper, he was Derek Smith, the drummer for former Victory Records post – hardcore band Four Letter Lie. When he parted ways with the group, he wanted to do something completely different, the result of which is the genre – defying project that brings him to Substream today. His music today is most often classified as hip – hop or pop, but there are influences from every corner of music present on Movie. “I just finished a nationwide tour,” he proclaims.” And every day, there were kids lining up hours in advance. My album had only been out for like three weeks at that point, but they already knew every single word to every single song. They dive into everything and they really feel it, so why get bothered by what people who don’t listen and don’t get it think?”

When his first album, Look Up, was released in 2015, Mod Sun was still an underground sensation fighting to be recognized by his industry peers. His connections to the alternative music world, coupled with his undeniable talent, helped him land spots on Vans Warped Tour and numerous other festivals, which helped fuel a largely nonstop touring schedule that helped Mod Sun develop the community of followers he’s lovingly dubbed his “Friendbase.” The world at large began noticing what was happening around this same time, and slowly but surely doors began to open.

None of that matters now, or at least nowhere near as much as it once did. While the industry was slow to recognize Mod’s talent, his persistent work ethic led to the release of multiple books, the launch of a publishing company (responsible for poetry books from Riff Raff and other hip-hop notables), an art show, and an exploration into the world of film. While others may choose to wait for the doors of success to open, Mod has made a career out of kicking them in.

When asked about the reason for his continued rise despite an embrace from the industry at large, the conversation once again turns to his fans. “I did have a young audience for a long time, but I’ve been at this long enough that those early fans have grown up.” A grin comes across his face as he recalls, “There were a number of times on this tour when people introduced me to their kids. Others had a younger brother or sister who they introduced to my music. I feel fortunate to be able to play to a wide demographic now.”

Mod shares a story about meeting a mother on tour. “She told me her daughter had given her my book, Did I Ever Wake Up?, and that through reading it, she realized she did not really want to leave her husband.” He says the woman told him, “You saved our relationship.”

Some artists might be quick to accept such ego-fuel with glee, but Mod Sun has a far more grounded perspective. He’s never seen himself as the reason or cause for his fans changing their lives, rather a symbol for what can happen when people live life on their own terms. “Positivity gets love,” he explains. “And a lot of my best shows happen in places people think of as being tough, like Cleveland and Detroit. You can come from anywhere and go on to do anything you want. That’s what I did and others can too.”

Mod is a bit more involved in helping others where music is concerned. Since launching his own career, Mod has been the first artist to give numerous other popular musicians their first taste of tour life. Looking at the supporting acts for his last several tour reads like the top artists chart on Spotify, with names like G-Eazy, gnash, blackbear, and Marty Grimes earning their road legs with runs opening for Mod’s personal brand of hip-hop. “I don’t take credit for any of their success,” he tells me. “That’s just how things work out, and I’m happy to see it.”

If his ear for quality is not in question and his fanbase is more rabid than ever, one has to wonder what it is that keeps Mod Sun from being the chart-topping artist so many believe him destined to be. You could ask him yourself for an answer, but the more you talk to him the more you get the feeling he’s long stopped caring about such honors. He knows his worth and he’s had his talent confirmed by both listeners and peers alike. “Will they come around?,” he asks, rhetorically. “I don’t know. Do I mind? Not at all. I have longevity already thanks to the people who believe in me.”

As for how he hopes to use that support going forward, Mod Sun believes he’s working to reach a point where his every move will be as successful as he knows it should be. “Once I hit my stride, every song could be platinum. Bob Dylan status,” he says. “You look up Bob Dylan on Spotify and he has like 45 albums. They booed Bob Dylan every time he performed ‘Like A Rolling Stone’ during the first year of release, but now, it’s considered one of the greatest songs of all time. This is the career I am working towards. I want to be like that.”

As he walks the festival grounds, a scream in the distance tells him another fan is nearby. Mod stops and smiles, posing for selfie after selfie, and ends things on a hug. As he greets the next fan, the fan who screamed puts her hands to her face, tears forming in the corners of her eyes. A male companion puts his arm around her and smiles. “Are you having a good day, baby? Are you having a good day now that you met Mod Sun?”

The fan lowers her hands to reveal a smile and cheeks wet from fresh tears. “It was everything I ever wanted,” she says. “I’m just so happy.”

New to Mod Sun? Watch the video for “Beautiful Problem” below: