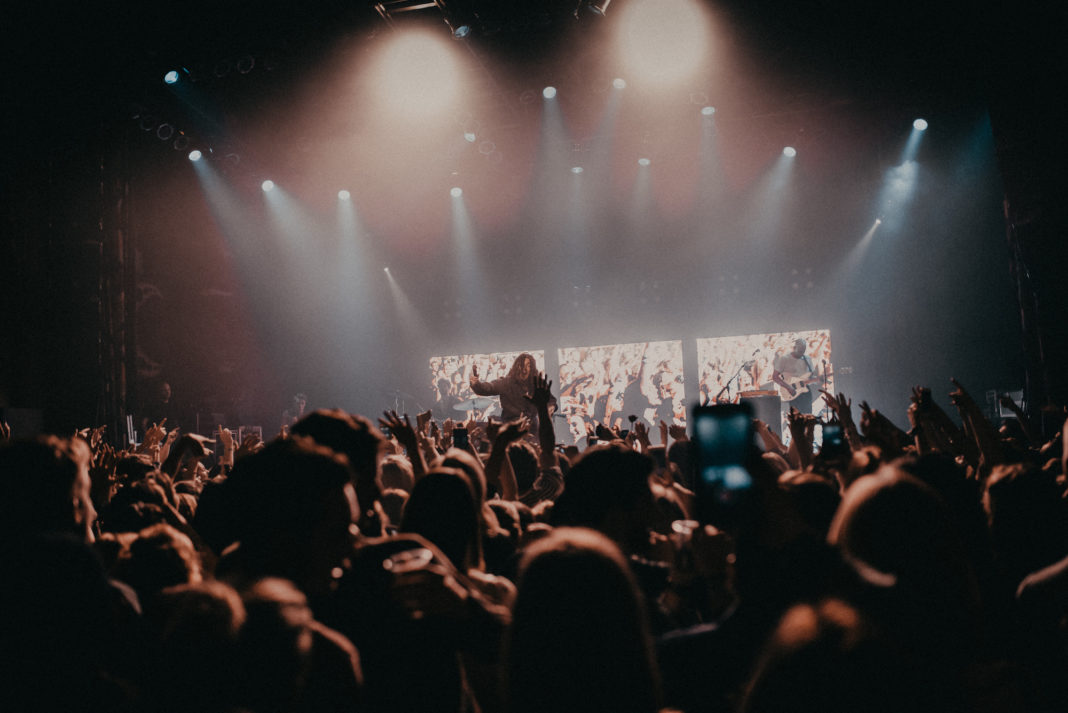 The best 80 minutes of your life is what LANY promises you at the start of shows, and they definitely live up to that promise. The band is currently touring in support of their self-titled album, released in June 2017. Since 2015, the band has toured with the likes of Troye Sivan and Halsey, building up a large and extremely dedicated fanbase all over.

As the band opened their set on the second night of a two-night stint in Chicago with “Dumb Stuff,” scattered around the stage lay roses that fans brought with them and thrown when the LCD screens behind the band lit up. They followed with “4Ever” off of 2015 EP I Loved You. At some point during the beginning of the set, frontman Paul Jason Klein commented, “Everything you love about New York City minus everything you hate about New York City equals Chicago,” before getting right back into it with “Yea, Babe, No Way” off of 2016’s kinda EP. The band continued their set for another hour, playing mostly songs off of their recent full-length but throwing in some flare with older songs, even briefly covering “Sign of the Times”, originally by Harry Styles. One of my favorite parts of their set was the production, three LCD screens behind the band switching between well-known visuals related to the band as well as shots of the crowd singing along. The band ended their set with an encore of fan-favorite, “ILYSB”. With two nights of sold-out shows at the House of Blues, it soon won’t be a surprise to see LANY come back to Chicago to sell out two nights at larger venues.