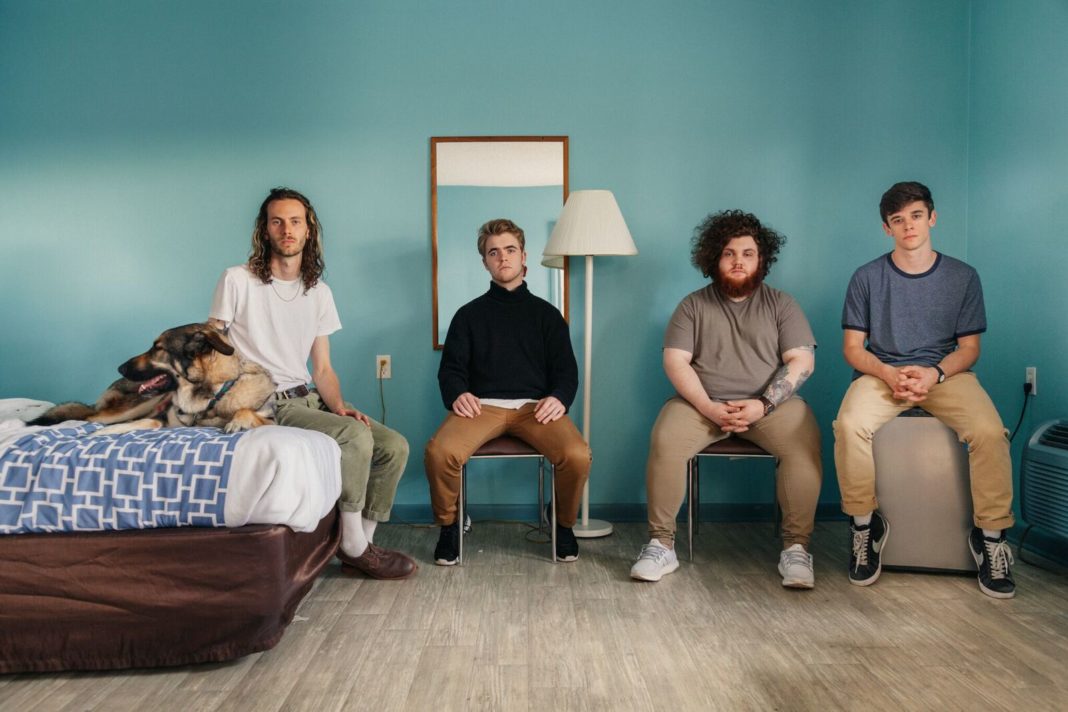 Author’s note: Head North’s debut full-length album, The Last Living Man Alive Ever In The History Of The World, is streaming in full below. If you want to, you can skip the next few paragraphs, press play, and listen to it right now on the eve of its official release. It’s a weird record that doesn’t sound anything like what you’re imagining if you’ve been following the band for a while. It can be as dense and jarring as its mouthful of a title, and if you don’t believe me, you will by the end of “Sort of Medicine.” I know that’s what you’re here for, so if you’re so inclined, scroll down and listen to one of 2017’s most surprising records. Go on. Do it.

Do you mind if I take a bit of a self-indulgent tangent here? Can I be honest with you? I’ve been writing about music since I was eighteen years old for a small number of publications. In this line of work, I’ve met some of my childhood heroes and traveled to glamorous, far-off lands like Long Island and Scranton to interview musicians whom I grew up worshipping. I’ve made a lot of friends around the country and world, I had a whole lot of Twitter followers at one point, and I have a pretty impressive LinkedIn account, all things considered. I’ve learned a lot from doing this work, but one lesson stands above the rest and constantly reiterates itself: The music industry is fucking exhausting. Most of the work I’ve put into helping artists has gone unpaid and unthanked. I’ve been yelled at and publicly ridiculed by bands I have passive-aggressively tweeted about, and was once told to kill myself by teenagers on Facebook for mixing up the names of the white dudes from twenty one pilots in an article about A$AP Rocky. If I’m being completely honest with you, and with myself, this job is not worth the compensation, and the music industry is fucking exhausting.

That’s what was swimming through my head last summer when I drove to Lake Hopatcong, New Jersey to spend a day in the studio with Head North. The Buffalo band was in the midst of recording “Fallow” from their debut full-length, The Last Living Man Alive Ever In The History Of The World. I watched Brent Martone record vocal take after vocal take—There is a playful dog by the train today, / and he begs attention from the patterned man, / greying at his face—and I felt guilty. I knew the band expected something out of me. I knew that I’d get an email asking for a premiere or a review when the album was ready to release, and I didn’t have the guts to say how heavily I was considering leaving the whole music writing thing behind, that I wouldn’t be able to help them when they needed the press. So I sat there, carved a smile into my face, and watched Brent as he sang—My god’s hand is a rolling boulder; / I built a cabin at the bottom of the hill.

A few hours later, Brent and I walked across the street and grabbed lunch at an Italian place with counter service. We ate sandwiches at a table with a sticky tablecloth and talked about our respective states of mind—that the band had found themselves without a label; that money was tight; that we had both grown jaded and sick of the music industry’s unfair slant, the pendulum of what’s cool and what’s profitable that doesn’t care about how hard you’re working.

Brent assured me it’d all be worth it when the album was done. You need to hear some of the other songs, he kept saying throughout the day. But I didn’t hear the rest of the record until it showed up in my inbox two months later: a single, forty-five minute .wav file called “LP1.” I sighed as I pressed play, acutely aware of the fact that I might not have had a career in writing by the time a release date materialized. At that pooint, the music blog I was writing for had quietly died and I had just started here at Substream. Just another year, I figured, just another year until the music writing ends and I do something else with my life. By the time I reached the end of my first listen of the record, which didn’t have a release date, strategy, or record label, my jaw was on the floor. I knew Brent was right. It’d all be worth it. The album I had heard was long, weird, and full of sounds that I didn’t know Brent, Alex, and Ben were capable of creating. It’s full of acoustic guitars, arena rock, strange interludes, spoken word segments, guitar solos, matured lyricism, tight arrangements, and a sense of dynamics that range from a single-take acoustic ballad, “Hibernation Hymn,” to the Pavement-tinged ’90s college rock of “God (Bring It Back),” to the cacophonous release in the last minute of “Pulse.” Much like its title, it’s almost too much to take in until it clicks—at which point its hard to imagine it sounding any other way.

I don’t know if Head North will find a new label any time soon, and I don’t know if this record will garner the praise it absolutely deserves. I just know that this collection of music will resonate with people, and at the end of the day, that’s all that really matters. We do what we love because we love the outcome. Whether we make a strong hook, a particularly poignant lyric, masterpiece of a statement record, or a self-indulgent, nine-hundred word premiere for an entirely independent band’s first record, the ends justify the means. I’m happy that Head North realized that before I did and made one of 2017’s most surprising albums. I’m happy that I’m still here to write about it. It’ll all be worth it in the end.

Listen to The Last Living Man Alive Ever In The History Of The World below, exclusively on Substream. Then, check out the band’s tour dates with Gates under that, and some release party info under that. Visit their website to sign up for their mailing list and stay up to date. Finally, pre-order the album on special-edition vinyl here. 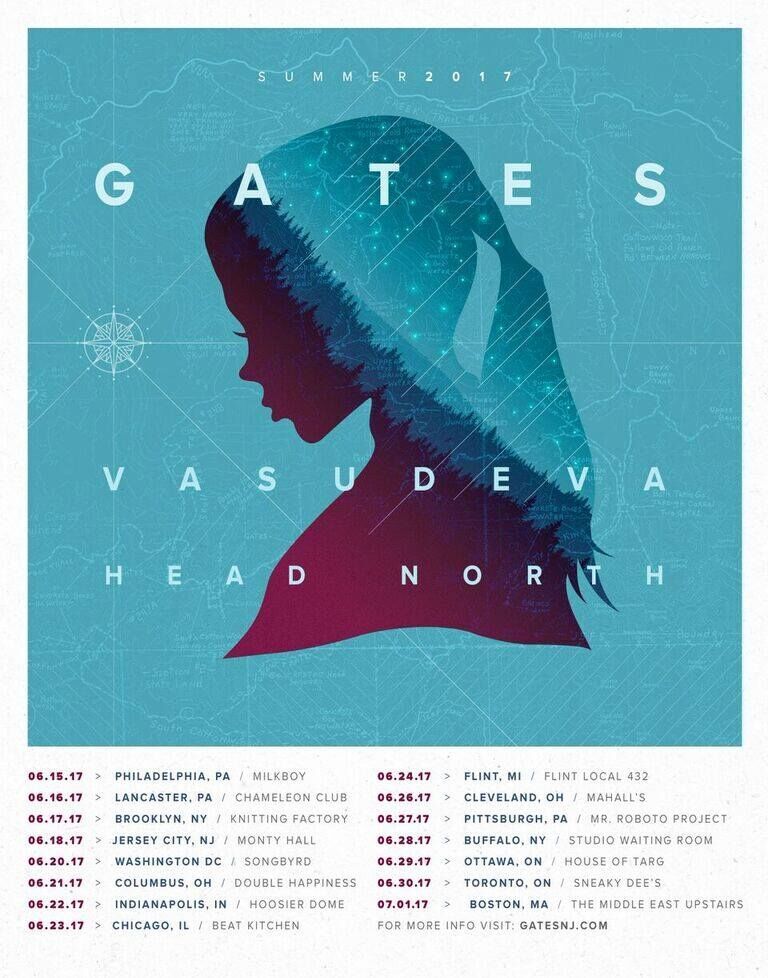 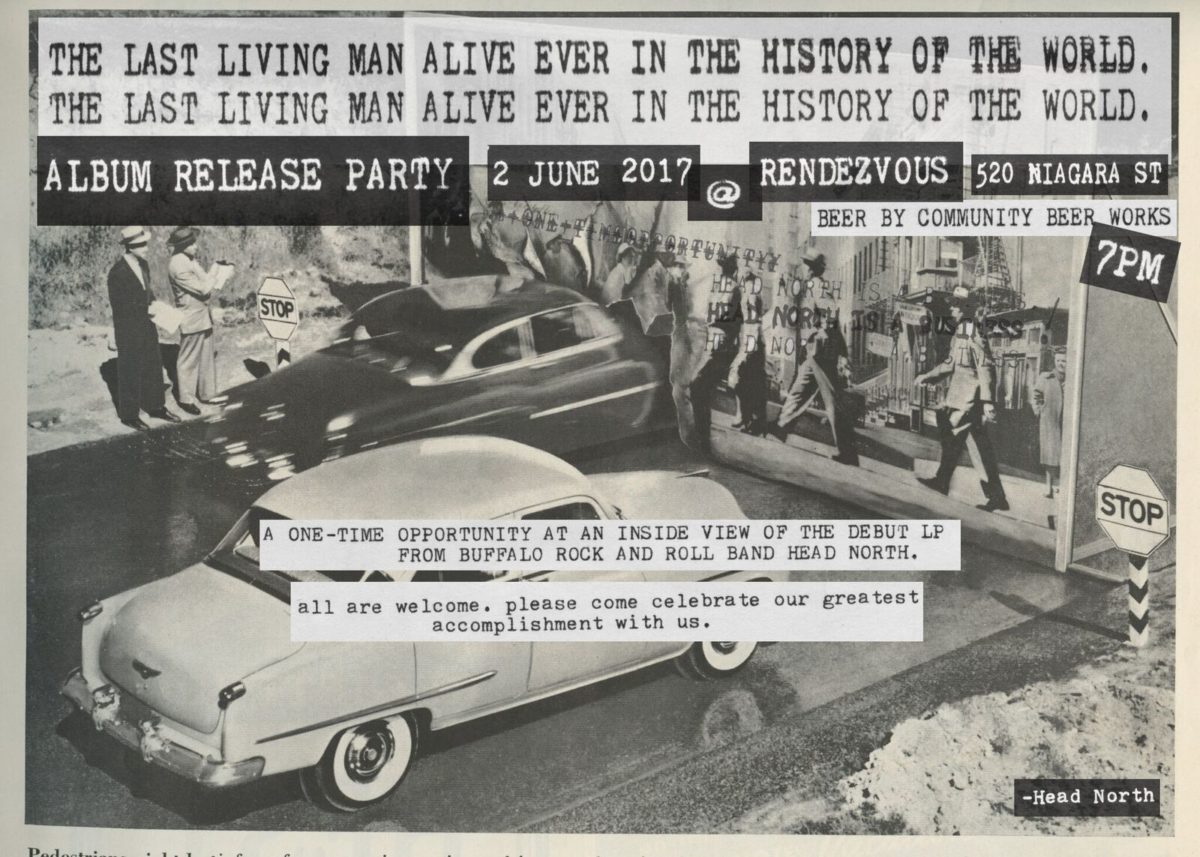 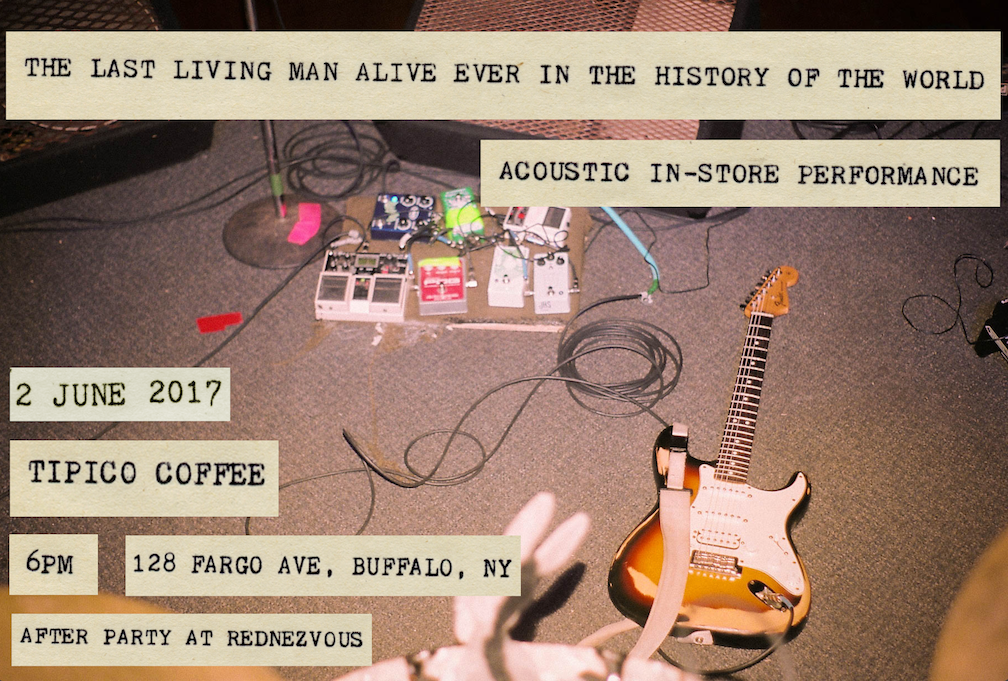