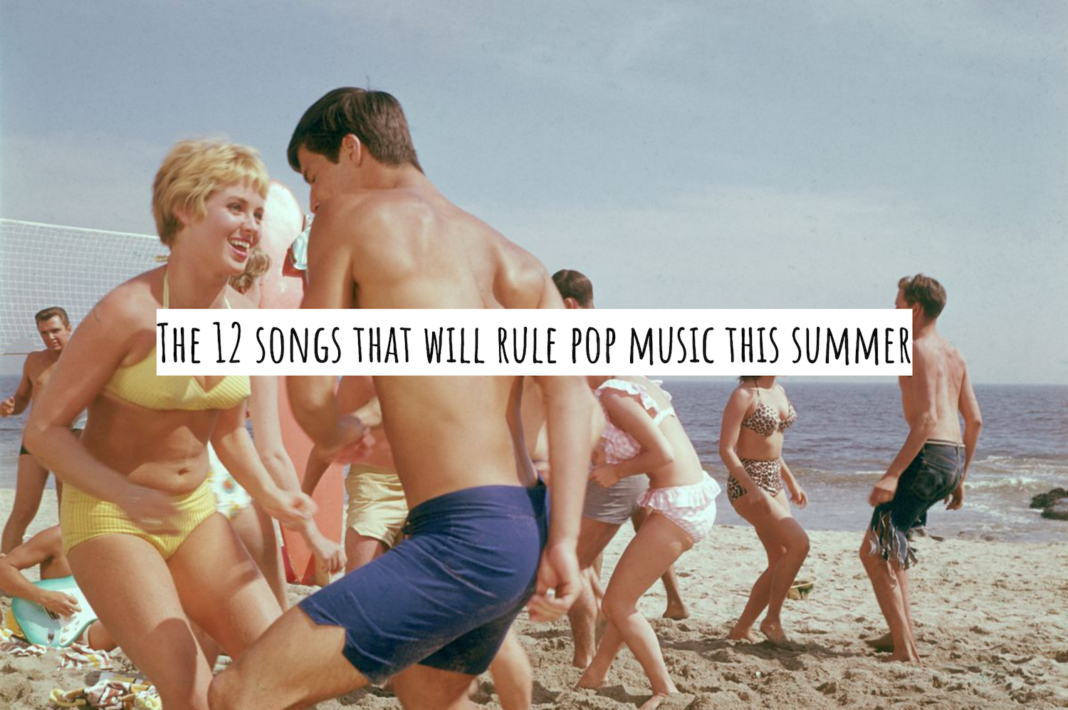 Summer 2017 is officially underway. The calendar might not agree (yet), but everywhere you look the signs of summer are present. School is out for many, the temperature is rising, the sun is out way longer than it has been, and everyone you know is talking about or planning to attend a major summer festival. This is the time of year we live for, and the only thing missing so far is the perfect pop song to serve as our soundtrack.

Why a pop song? Good question. Pop music is what brings us together. Regardless of your favorite music genre there is no denying that a great pop song, or even just a catchy chorus, can captivate our culture in a way no other form of media can duplicate. Every summer one track becomes a symbol of the time, capturing an idea or feeling in a way that music fans around the globe connect with on a deep level (even if the song itself is not that deep). We all remember where we were the first time we recognized “Call Me Maybe” was going to be unavoidable, or that moment our bodies began moving to the beat of “One Dance” just as temps were beginning to break 80 or higher in summer of 2016.

2017 has offered several great contenders for song of summer so far, but considering that no clear winner has been named we decided to take matters into our own hands. Here are the tracks most likely to dominate every party and road trip playlist you encounter in the months ahead organized into three tiers based on their likelihood of topping the chart.

Kygo Ft. Selena Gomez and Vin Diesel – “It Ain’t Me”

This is the only song on this list to feature Vin Diesel, which alone should be reason enough to make people listen. Diesel contributes backing vocals on the hook, but the real star is Gomez, who tells a tale of love turned sour over production that blends together elements of modern EDM and traditional Americana to great effect. Its biggest threat to success may only be the other singles Kygo has released this year, all of which have been great.

Lil Uzi Vert announced his highly-anticipated Luv is Rage 2 mixtape back in 2016. When “XO TOUR Llif3” was released in March most expected the tape to follow soon after, but here we are in the middle of June without a proper street date in sight. Nevertheless Lil Uzi continues to raise awareness for his music through the success of this trippy, depression-friendly track. It may be an anthem for outcasts, but that seems to be everyone you know anymore, and with a slew of festival appearances lined up for the months ahead it seems safe to assume people will be shouting “all my friends are dead” for the foreseeable future.

Newcomer Khalid released one of the best albums of the year long before anyone was even talking about “Location,” but the masses of pop culture consumerism have only recently begun to take notice of the young singer’s talents. “Location” is admittedly a bit slow as far as summer anthems go, but it has steadily been rising on the digital charts for weeks with no signs of slowing anytime soon. With the right placement or co-sign from pop royalty Khalid could quickly become a household name. Even if “Location” fails to top the summer chart, Khalid is going to walk away from this season with more eyes on him than ever before.

It’s kind of incredible to think about how Charlie Puth has quietly become something of a pop rock chameleon. He may have risen to notoriety with his 50’s-influenced hit “Marvin Gaye,” but here the singer-songwriter showcases an ever so slightly edgier side that has us champing at the bit for more. “Attention” is the kind of song that you put on late at night and leave on repeat until the bottle of whatever brown liquor gives you courage is gone and you finally ask that someone special to dance. It sets the tone for the best kind of trouble, and we encourage you to get into it as much as possible this summer.

Liam Payne – “Strip That Down”

Liam Payne may be the fourth One Direction member to give us a debut solo single, but he’s the first among them to give us something worth dancing to as the temperatures rise. Harry, Zayn, and Niall have delivered wonderfully emotion songs and powerful rock ballads, but Payne is going another direction (pun somewhat intended) altogether. “Strip That Down” is a straightforward club song that features a verse from 2017’s go-to rapper, Quavo. If it weren’t for Payne’s pop history the track might not even catch the attention of the industry at large, but the internet’s enduring devotion to all things 1D should help the track find a sizable audience.

You don’t need to love The Chainsmokers’ hit song “Closer” to understand that EDM pop that feature a powerhouse performance from a female vocalist is all the rage at radio right now. “Stay” is not all that similar to the Halsey-assisted smash that dominated playlists throughout 2016, but it has been a mainstay on digital charts since its release. Zedd’s production plays into the more exciting elements of EDM while sticking to a dance floor ready structure that saves the song from ever losing its immediate accessibility, but the real star is Alessia Cara. We need more of her everywhere (please).

The biggest thing working against “Slide” is its age. Released back at the end of February, “Slide” has the kind of groove you never want to end. It’s a song about late nights and passion perfect suited to accompanying those to things, and the verse from Migos member Offset is still among the best bars we have heard all year. It is physically impossible to resist dancing when this song plays, yet for whatever reason radio has been slow to pick it up. Here’s hoping summer finally gives this masterpiece of groove-heavy funk the fanfare it deserves.

In a world where Justin Bieber did not make a total ass of himself by upsetting numerous Spanish speaking people all over the world with his decision to parody this song’s lyrics while drunk in a club there is a good chance the market-blurring goodness of this remix would be an unstoppable summer jam. The song may still find that kind of success, but its path to total domination was no doubt hurt by the vocalist’s careless actions. You don’t need Bieber to make this song great (click here to hear the original version), but you cannot deny that his presence goes a long way toward selling those who might not otherwise consider a Spanish pop song.

Pop commentators spent years debating whether or not Paramore could outperform the response “Ain’t It Fun” received back in 2013, but now we know the answer is a definitive ‘yes.’ That is, just so long as the pop-rock favorites decide to push their After Laughter track “Fake Happy” with every ounce of vigor they possess. The track perfectly encapsulates the feelings of isolation that can often accompany depression and shines a bright, but honest light on the fake faces many put on in order to blend in with the rest of society at large. Vocalist Hayley Williams has often questioned why we feel the need to hide our true selves, and we agree it’s something no one should have to do. Maybe this song can be the anthem that changes the way we communicate with each other, but if not it will still be one of the best singles we have heard all year.

Martin Garrix & Troye Sivan – “There For You”

There is no stopping Martin Garrix. With “Scared to be Lonely” still in regular rotation at radio around the globe the twenty-one year old EDM hotshot has another potentially massive hit on his hands with “There For You.” The song, which was written for and inspired by his fans, finds Garrix promising his devotion to those who have devoted themselves to him. Like all great artists before him, Garrix has forged a deep relationship with his fans that has turned his following into a kind of community whose numbers continue to boom with each passing week, and their support of his music will likely send “There For You” to the top of numerous charts as we get deeper into the summer season.

MOST LIKELY TO HOOK YOU:

No true pop music fan would describe Carly Rae Jepson as a one hit wonder, but the fact remains the Canadian pop singer has never duplicated the success she found with “Call Me Maybe.” The track permeated the pop culture dialogue in a way only a select few tracks ever do, and it set a bar for quality the vocalist has matched again and again on subsequent releases. Pop music at large may have been able to resist some of CRJ’s previous singles, but “Cut To The Feeling” is a wall-to-wall avalanche of catchiness and positivity no one can deny.

Sometimes you know a track is going to be a hit within the first five seconds, and you might not even need that long with this song. The bass-heavy synth that serves as the backbone to “I’m The One” bursts through your speakers with an infectiousness best likened to the common cold. You don’t even have time to try and resist its confectionary goodness because you’re hooked before the hook is even completed. By the time Chance The Rapper comes in on verse two your addiction has reached a point where you’re basically foaming at the mouth with anticipation over the next line. That rush of endorphins continues through the refrain that follows, as well as Lil Wayne’s bars on verse three. You never want its joyous production to end, and now – thanks to its quick climb through the charts in recent weeks – it won’t for quite some time. As DJ Khaled always says, this is “another one” for the history books.