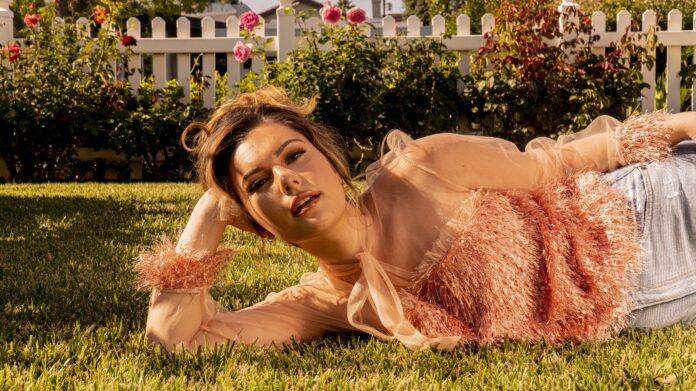 In a time when life as we know it is on hold, up and comer Taylor Colson is leveraging the loneliness caused by COVID-19 to drive home the longing of her latest single, “Hurt Me.”

One unintended side effect of the current pandemic is that it forces musicians to be creative. There was never a playbook for success, per se, but there was a traditional path to success. Musicians would record music, spend heavily on a video, and market the single in tandem with the visuals. That formula has been the norm for nearly four decades, but with the world more or less still in lockdown, a new challenge is present. Without the ability to hire film crews or rent locations due to fears of COVID-19 spread, artists that want to sell a single with a visual have to think outside the box. They need to do something that is both creative and fiscally responsible, all without relying too heavily on production teams or film crews.

Taylor Colson found the perfect solution to this new hurdle through her MacBook. Colson’s video for “Hurt Me,” a moody track about love, loss, and longing, was filmed exclusively using the Photo Booth app on her Apple device. The clip finds Colson singing and writhing in an empty apartment. The bare room serves as a fitting metaphor considering the context of the song, which talks about realizing the loss of love and being unable to move forward.

Speaking about the song, Colson explains:

“Hurt Me’ is about wanting to feel heartbreak for the first time because of the guilt you feel for not loving someone anymore and having to cause them pain and suffering when it’s time to leave. You feel like you owe them restitution for what you’ve done. The guilt can eat you alive, leading you to emptiness and despair.”

She continues “There’s a part of you that wants to know what it feels like to be in great pain. Relationship to relationship, whether we like it or not, we take the broken pieces with us. My collaborator, Dylan Jackson Scott, said it best – “We’re all on a romantically induced, psychological Ferris wheel.”

Who can relate to that? Everyone.

The only thing worse than heartbreak is the longing to fall in love again. Most relationships don’t end in a blowout or extreme situation, but rather a slow decay that results from two individuals realizing their paths in life have diverged. It’s the kind of thing you cannot predict or control; it just happens. To believe anyone is destined to be with someone else forever is to claim to know what the future holds, which is impossible. The best we can do is treat one another the way we want to be treated, and that includes being honest when our emotions change.

You can view the video below:

Colson is tapping into something universal on this song, and that is not uncommon for her music. She will be doing a limited run of residency shows in Los Angeles as soon as safely possible, in anticipation of a national tour in the first quarter of 2021.