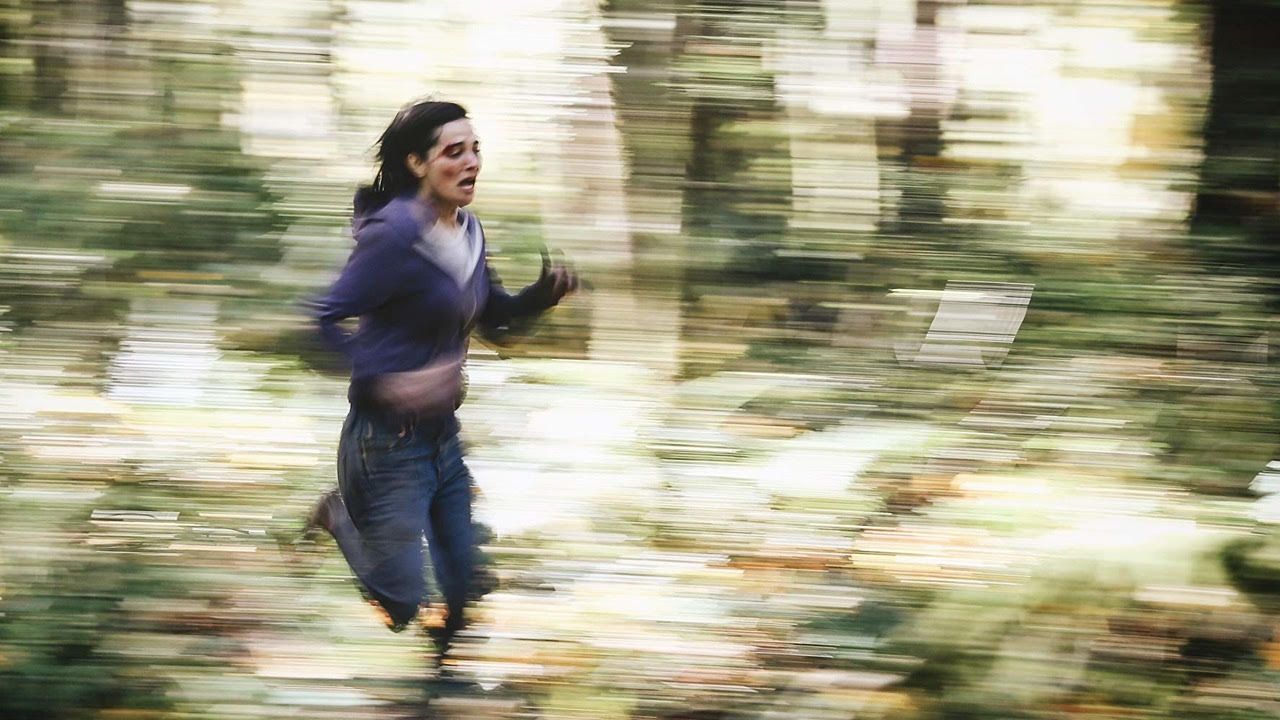 Alone attempts to confront the inevitability of grief with a cat and mouse story set against the beauty of an unforgiving forest.

In John Hyam’s Alone, a recently widowed woman attempts to outrun grief and finds herself held hostage by a maniacal killer in the Pacific Northwest. It’s a classic cat and mouse game set against the isolation of remote wilderness. It is precisely what it sounds like; no more, no less.

Jessica (Bloodline’s Jules Willcox) cannot wait to move. Her efforts to flee a past life bring us into the film through a montage of moving boxes and open roads. Her family is concerned that she’s rushing things, but forging ahead sounds a lot better than wallowing in sadness. When a stranger refuses to let her pass on a long stretch of highway, Jessica shrugs off the encounter until the nameless man (brought to life unnervingly by Ozark’s Marc Menchaca) introduces himself outside her hotel room the next morning.

Determined to press on, Jessica continues her journey but cannot escape the uncomfortable friendliness of the strange man she cannot outrun. A flat tire at night provides the opportunity for kidnap, and Jessica wakes to find herself trapped in a remote cabin surrounded by untold miles of woods that soon provide cover for her attempts to flee.

The allegory at the center of Mattias Olsson’s script could not be more obvious. Alone is structured in five parts meant to coincide with various stages of grief. As such, Jessica’s fight for survival mirrors the work she’s doing internally to recover from losing her husband. Breaking free from her captor is not easy, much like how her attempt to move on by moving away doesn’t immediately make her feel better. There are no easy answers or quick fixes.

Willcox handles her role incredibly well. She has no trouble making the audience feel as though they are going through the trials of Jessica’s journey along with her. Manchaca does what he can as well, but his character is woefully underwritten. We understand who he is, but not his motivations or talents as a hunter. He fails to keep his captive but can track her every move despite an endless number of possibilities. He often appears seemingly out of the blue as though pulled from a slasher film, yet is presented as little more than an ordinary murderer.

Alone‘s secret weapon is cinematographer Federico Verardi, whose electric talents give the film a feel of auteurism without stealing the show. Something as simple as changing the focal point of a shot without moving the camera pulls viewers into the back and forth between the leads, and in doing so, he makes a familiar story feel new again.