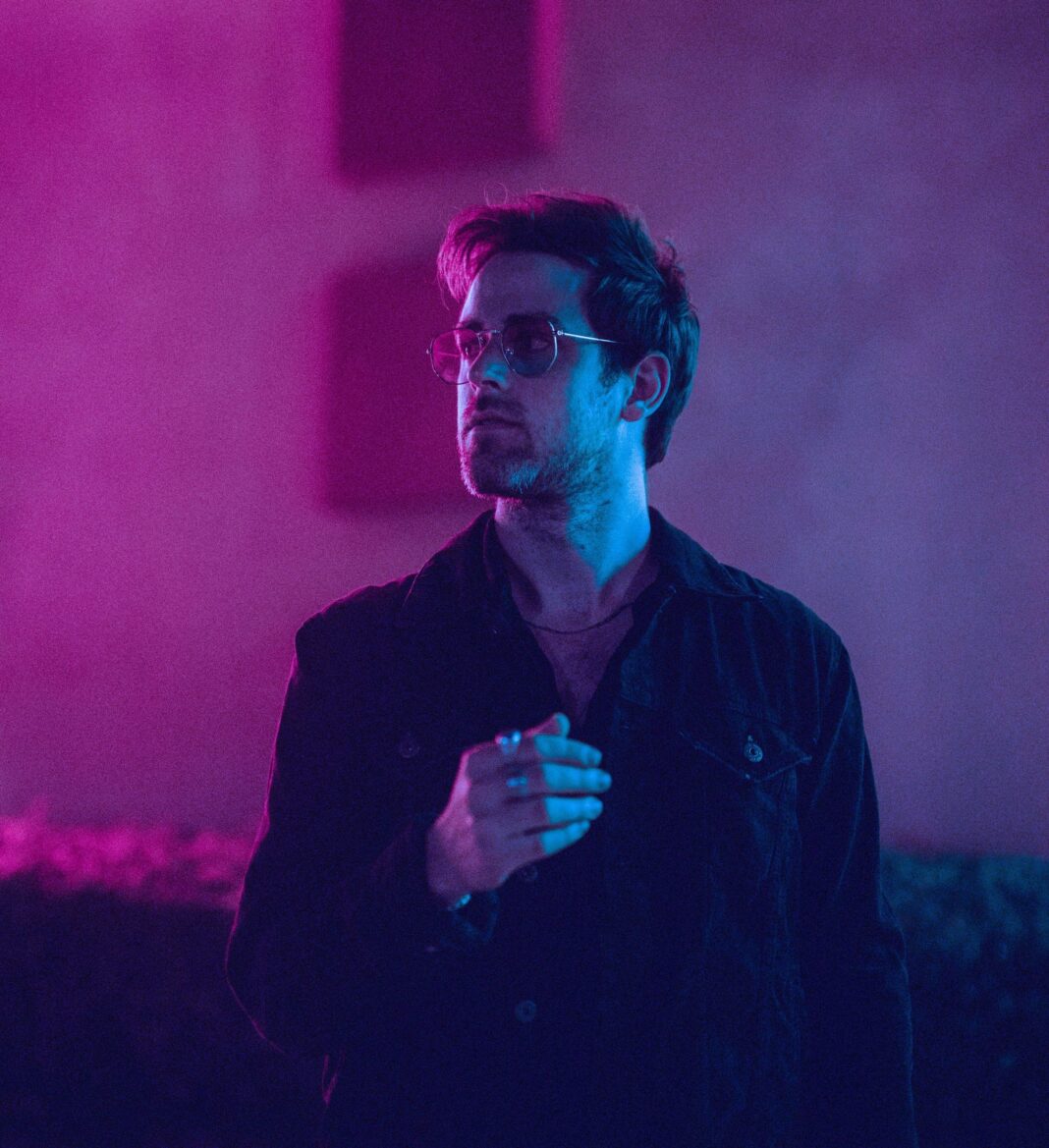 Adam Simons has been a musician for fifteen years, and has spent a lot of time in various different musical projects. But, over the last few years Simons has settled down into two musical outlets: serving as a touring member with The Maine since 2018, and his own creative project Wanderer.

With Wanderer, it’s a project that started in 2016, and Simons wanted it to serve one simple purpose. “I just had this idea of naming it Wanderer and having it be kind of an entity within itself — aside from just me — and having it feel like something kinda different, sorta an alter ego,” Simons tells me during our conversation in mid-January. Initially he supported the project by putting out a few singles, followed by two EP’s, which is all that he’s released under the moniker.

The music of Wanderer is largely inspired by Simons love for 80’s music, crafting a sound that helps him pursue that 80’s nostalgic pop by combining some of his favorite 80’s artists like Michael Jackson, Fleetwood Mac, Phil Collins, and Tears for Fears. His first release came in 2016 with City, which he describes as being “a great first statement.” The writing and overall process for the EP took about a year of just workshopping songs to perfect them how we wanted, and allow him to find his own voice. “It definitely took some time but I had kind of this concept which was calling this EP City and having it centered around experiences in a city, in a big city, and kind of that neon-lit universe,” Simons explains on the concept behind the EP. His second EP was Skyline in 2018, and together he describes them as “perfect prequels” for his upcoming debut album under the Wanderer name, Songs for the Night (due out tomorrow, January 24th).

For Songs for the Night, Simons explains that it is a bit new, but will be a bit familiar for fans of Wanderer. “It’s a mix of both brand new tracks and a few of the ones I’ve put before that I just feel that the album wouldn’t be right without having them on there,” he shares with me. “We redid a couple, remixed them, kinda put a fresh coat of paint on those older tracks. I feel like they still fit well with the new ones and it’s still a cohesive thing. It wouldn’t feel right to me to not have some of those songs.” While Wanderer has built a respectable following, Simons knows there is a larger population of people that have yet to discover the project, so he wanted to include tracks that he felt really strongly about.

Expanding on the conceptualization behind Songs for the Night, Simons says “I wanted to do new songs that also felt like they could go with the older songs, and kind of create like a front-to-back experience listening to it. I didn’t want everything to sound the same.” With tracks like “Runaway” and “California Looks Good on You,” the album has upbeat, summer-y type songs, which are then countered by tracks that are a bit darker, and even an instrumental track towards the end of the record that transitions into two new tracks. The front-to-back experience that Simons wanted to create is provided through a level of ambience throughout, with each track essentially bleeding into one another, which is something that he really put time into towards the end of 2019. “When I was home from tour back in September, I really dived in for about a month in the studio with my friend Eric who engineered and mixed and produced the album, so we kind of worked just on the new tracks and making the album as a whole feel good front to back,” Simons shares.

The process of working on Songs for the Night was pretty familiar for Simons, although he does admit some things were different. “There’s definitely a confidence that comes with time,” he begins, “and I’ve just learned so much about producing music and recording and performing in the last three years through doing so many gigs.” He explains that through performing shows live, it has allowed him to breathe new life into older tracks. This is no more true than it is for “Driving,” which was completely re-recorded into a whole new version for Songs for the Night. “[It] just feels so much better and current to me,” Simons says on “Driving” specifically, “and added in just — whether it’s a melody change or a guitar part just a little bit different, to what feels better to play live with a band, that just kind of came naturally to me.”

That desire to incorporate new stuff into a recording was something very important and exciting for Simons, as it helps the track feel current with all of the new tracks on Songs for the Night. In turn, when it comes to performing them live (which he does tell me he wants to perform more shows with Wanderer), it allows him to still enjoy doing so — which was part of the goal. The constant evolution of the songs — new and old — was natural, even if it was a goal, as the style of how you play changes over time and through repetition. It allows you to perfect your craft, although Simons admits that each track can be a different challenge. “Certain songs — the first track, “Who’s Gonna Love You”, that was always there; we just kind of made it feel with the mix a little better,” he begins, “some things like that, it’s just on a case by case thing with each track. It was a lot of fun. I love kind of going back and recording stuff like that again and having a new take on a song.”

During our conversation, I ask Simons if there’s any songs that he feels most proud of or that he feels (or hopes) that listeners will gravitate towards. He’s cautious on presuming what people will love upon hearing the album, although he does share some additional insight into songs he feels most strongly about. The aforementioned “Driving” is one he thinks finally sounds how it was meant to sound. He brings up “Streetlights” and “The Dark,” which were the last two songs to be finished for Songs for the Night. On those two newer songs, Simons says that “Those are some of my favorites because I’m still listening to them and they’re very new and they were just very organically written, just quickly written, and I just was working and they kinda came out.” Another fan-favorite, “California Looks Good on You” got re-worked for the new album — and the idea of bringing back old songs for the new album is one that he always loved. “I’ve always liked to see when bands kind of bring tracks from their EPs onto the full record, and that’s something I really wanted to do,” Simons says.

I don’t think I would just be happy playing for another band and not writing songs. It’s just something that I do for fun honestly, sit down and write and produce music,” Simons tells me candidly during our interview. How he balances working on Wanderer and committing to The Maine’s touring schedule is certainly a lot of work, but one that he wouldn’t have any other way. “It’s definitely challenging sometimes,” he says on the juggling of these two projects. “I try to write on the road, and today, you can make a song on a laptop pretty easily and we’ll be on a plane and I can work on a track which is amazing.

Simons wasn’t able to give me specific details on what Wanderer has planned in 2020, but he reiterated the desire to do more live shows. “I love playing live with the band and I want to show more people that kind of experience,” Simons says. The goal for 2020 is not only to play shows, but to put out “a ton” of new music as well. For Wanderer, Simons has a busy year lined up. Songs for the Night is an excellent way to quick off the new year, and you won’t want to miss the rest of the ride. 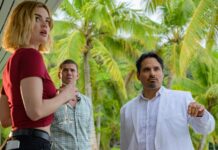