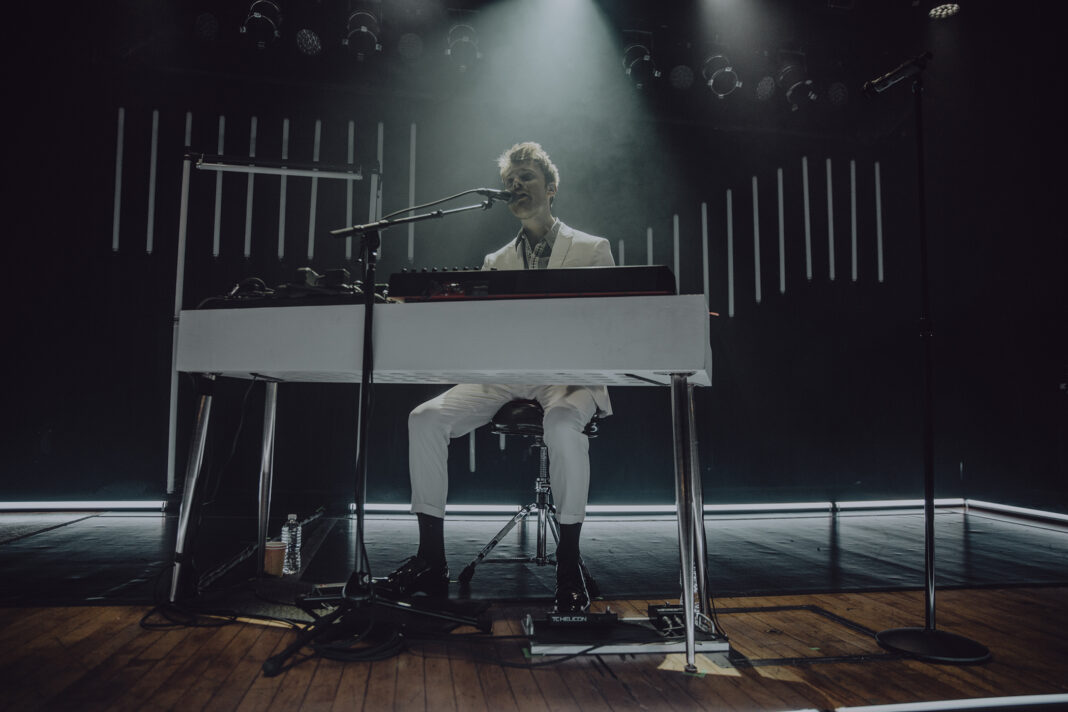 On October 23rd, FINNEAS’ Blood Harmony Tour made its way to Brooklyn’s eclectic Greenpoint venue, Warsaw. I remember when the tour was announced I thought to myself, “Huh, well that is quite a pair.” In that moment I was referring to Indiana born, L.A. based singer Lauren Sanderson, who has been opening the tour. In an interview with the digital media website Genius, FINNEAS stated that he had never met Sanderson until the moment they FaceTimed after he commented on Sanderson’s Instagram, about opening the tour.

As I walked into the venue, the energy was absolutely insane. Young kids were high on the vibes within the space and it showed the moment you entered the concert hall. As a queer person myself, I love seeing fellow queer artists perform and thrive. Sanderson herself is a young lesbian who sings and creates stories of her relationships with women through modern lyricism, highlighting women on women love in her music videos and and her performances really show her confidence within her sexuality. With a fan base of primarily 16-22 year old queer humans, she really carves the space we so desperately crave.

Sanderson, a recently independent artist, entered the stage with pink and blue hues washing over her. Opening with her hit single “The Only One” from her EP Don’t Panic, fans screamed along until their voices went hoarse. She also gave fans a taste of her forthcoming album, Midwest Kids Can Make It Big, due out in 2020, by performing previously released single “Hotel Room” as well as a new unreleased track. The crowd lost it and belted along with her as she performed, definitely setting the stage and energy for FINNEAS. 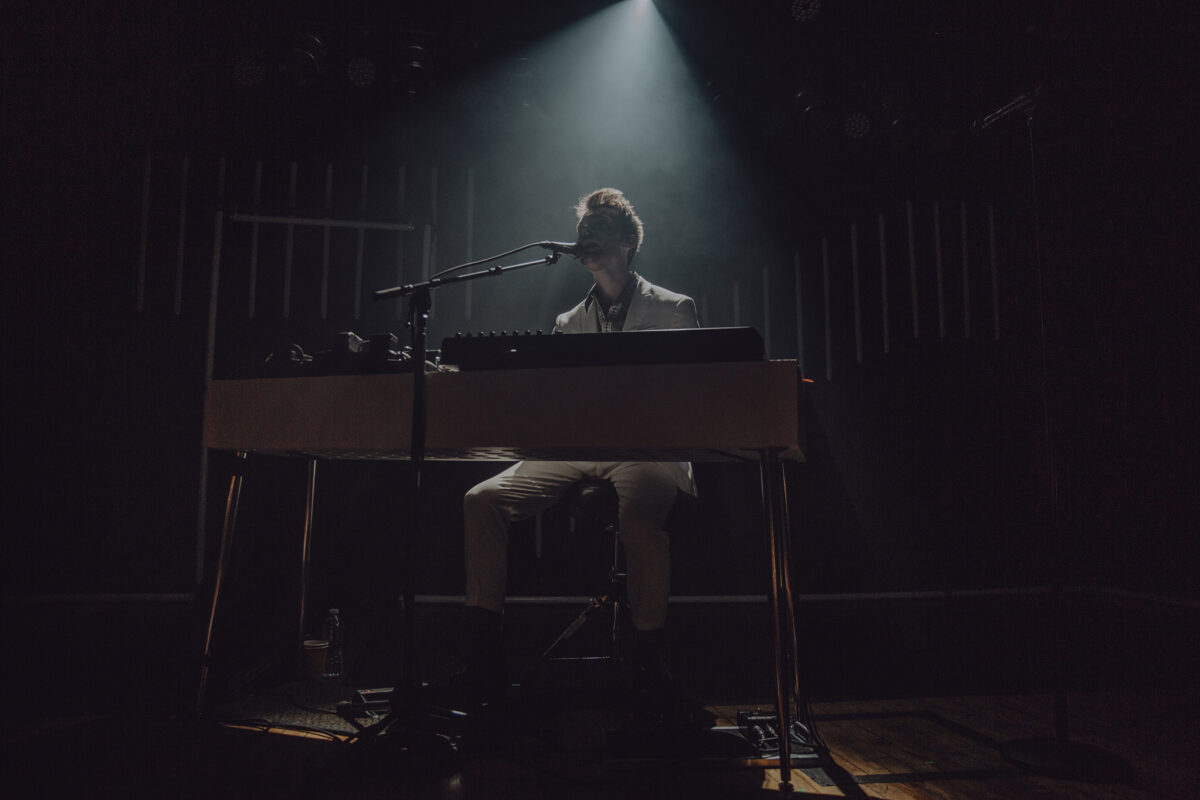 I first discovered FINNEAS a while back, after his first couple of singles were released, but going into his performance, I really had no idea what to expect. Suddenly, beats began to play and the crowd went wild. Blue and white fluorescent lights pulsed as FINNEAS, in an all white suit, came onto the stage with a huge smile on his face. He opened his set with “I Lost A Friend” and the beats on the track were unexpected and really intricate. FINNEAS then transitioned into “Shelter”, an upbeat anthem to a special someone about the safety they bring through the good, the bad and the ugly. Hearing the song live, I thought “Wow. His stage presence alongside this song is really blowing me away.” The audience members were beside themselves throughout FINNEAS’ whole performance, as he played some older tracks such as “Angel” and “Hollywood Forever”. He closed his set with “Let’s Fall In Love For The Night” off his debut EP, Blood Harmony, and honestly, I did fall in love for the night.

The energy that these two up and coming musical powerhouses brought, along with music that is eclectic, mesmerizing and unique to each of them, I would say we have two major music industry bulls coming through. I truly didn’t think I would enjoy FINNEAS as much as I did, and I must say, I cannot wait to see what 2020 has in store for him!