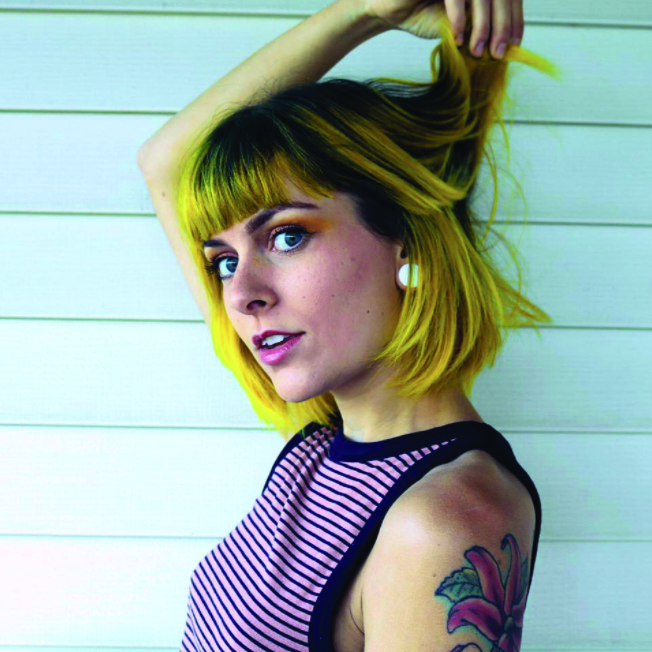 Rise Records has announced their latest signing, Columbus, Ohio’s own Jetty Bones, the musical project led by Kelc Galluzzo. To celebrate the news, she has released a brand new music video for “the part:,” which has been a fan-favorite from their third EP, –(pronounced “hyphen”), which came out earlier this year via Take This To Heart Records.

Jetty Bones is also currently working on new music, which is expected to be released next year via Rise Records.

Kelc has a message for Jetty Bones fans about this announcement and next chapter in the band’s career:

“Growing up in Ohio, we used to have this local scene saying about how the dream was to ‘live in Ohio, start a band, then sign to Rise Records.’ Well, 12 years later, I finally get to say that those teenage dreams are a reality: Jetty Bones has officially signed to Rise and will be putting out a full-length record next year. As the final piece of the – era, here’s a music video and a promise to keep building this community around support and vulnerability as a part of the Rise family. Thank you for reminding me that fighting for passion, recovery, and the strength to help others has not been in vain. I don’t know if I can ever find the words to accurately explain how much I needed all of you (and still do), but I’m going to try my best for as long as you let me.”

Jetty Bones is also currently on tour in the U.S. supporting New Found Glory, along with Hawthorne Heights and Free Throw. The tour will conclude next week on November 26th in Birmingham, Alabama. Check out their remaining dates below.