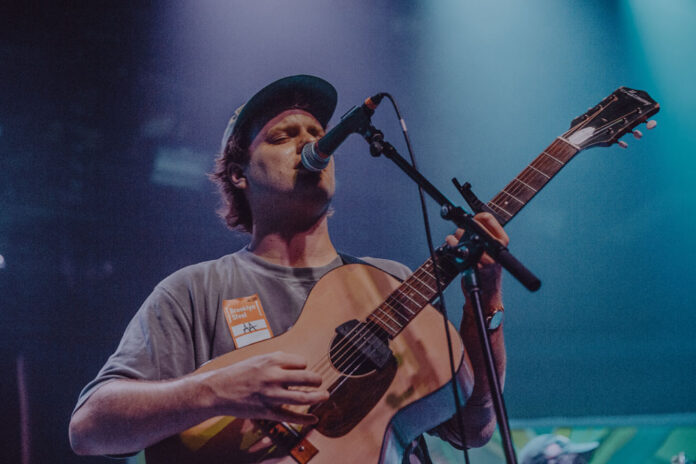 Last week, McBriare Samuel Lanyon, better known as Mac DeMarco, came to New York’s Brooklyn Steel to play some songs from his six-album discography. The venue was chock full of of light wash denim jeans cuffed with different colored Vans and baseball hats – who knew that Mac was both a music and fashion icon! I make the joke as if I wasn’t dressed the exact same way but hey, I was really excited to finally get to see DeMarco perform!

I had been waiting years to get Mac in front of my camera and the timing just never worked out until his show on September 19. I entered the photo pit and excitedly waited for the lights to dim. When they did just that, Mac graced the stage alongside his band with a 12 pack of Tecate Beer in his arms. I knew right then and there that the night was going to be a wild party.

Mac kicked off his set with an oldie, “On the Level.” With the mic in one hand and a cheap beer in the other, Mac started waddling around the stage like a creature of sorts. Between songs, Mac joked around about the night and where it was headed, shouting “so buckle up, bitches!” into the microphone. 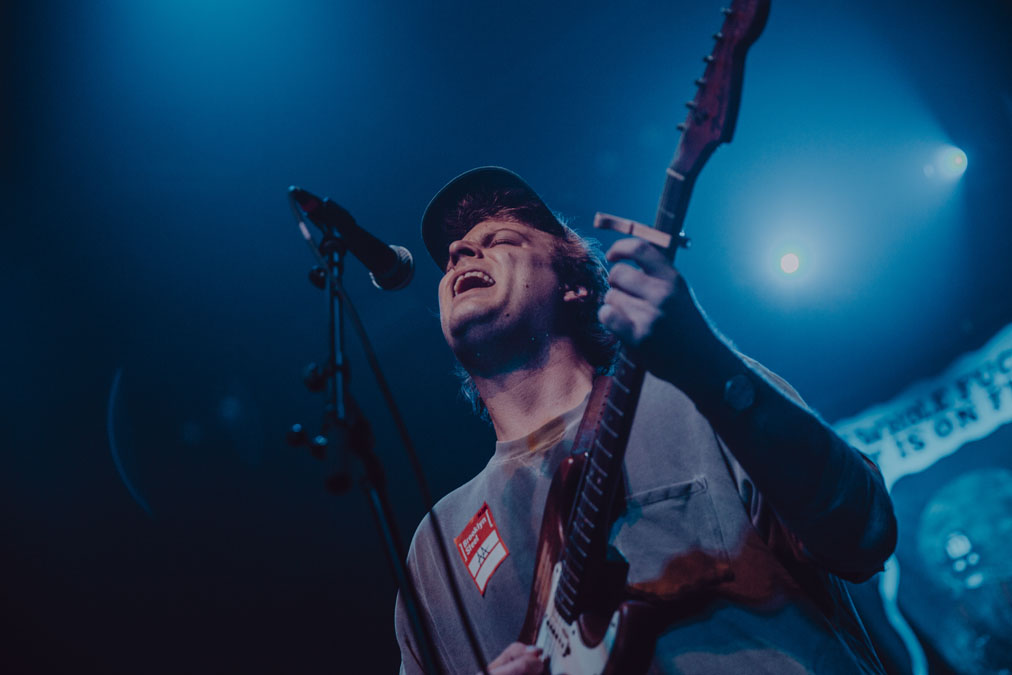 One thing I will always love about Mac is his goofiness. You should never take life too seriously and Mac is always a great reminder of that – always make room for fun! Mac continued his performance with some fan favorites including “Salad Days” and “Ode to Viceroy” as well as an encore chock full of covers from Vanessa Carlton, Nirvana, Rage Against the Machine, and Limp Bizkit.

Mac Demarco has a captivating; talented and extremely entertaining stage presence and he sounds just as good – arguably even better – live than recorded. A Mac DeMarco show is always a party, down to the final moments – like when he climbed the side of the venue wall and dove into the crowd to crowd surf back to the stage! It was definitely a moment I will never forget.