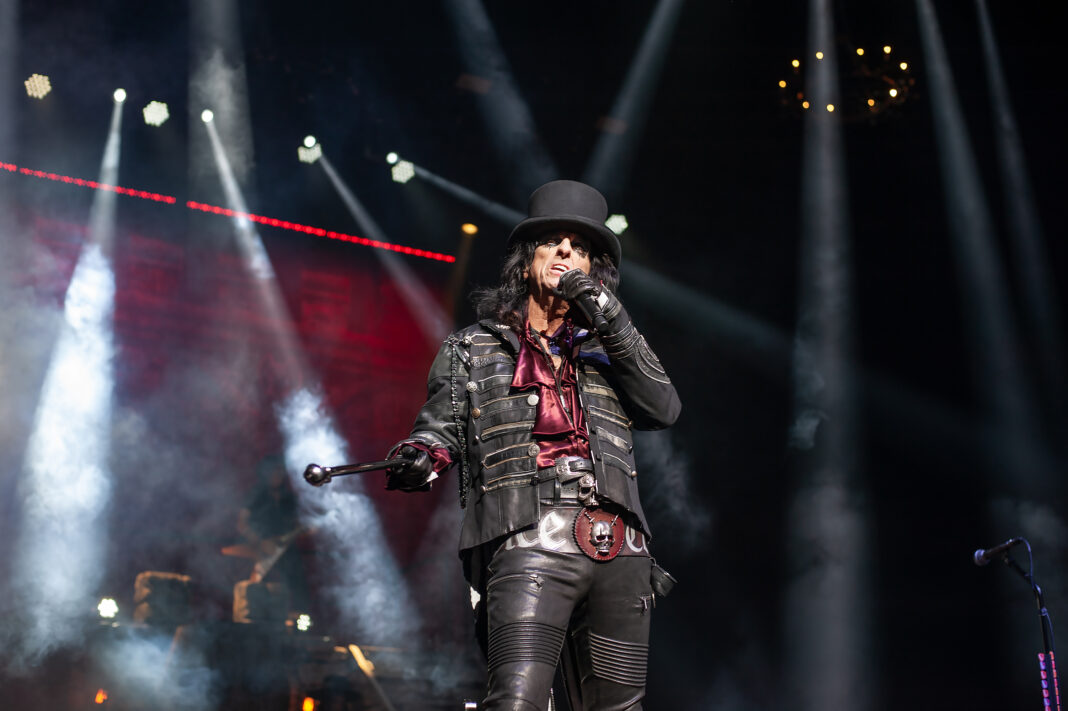 The architect of shock rock, Alice Cooper, and grammy award-winning powerhouse rock band Halestorm graced the legendary Grand Ole Opry stage in Nashville, TN on August 4, 2019. As if this co-headlining tour wasn’t enough rock to melt the faces off even the die-hard fans, they also brought along heavy metal outfit Motionless in White to round out the lineup.

Motionless in White opened their set with the song “Rats,” and from the get-go it was a little tough to get the crowd going due to logistics. The Grand Ole Opry is outfitted with church style pew seating, which for a hard rock concert makes moshing, head banging or otherwise rocking out a somewhat difficult feat. However, MIW lead singer Chris Motionless was quick to quip that it was “ok to enjoy the opening band.” After the witty remark, people began to stand up and enjoy the band far more than they had let themselves only a few moments earlier. By the end of the set, the crowd was amped from all the head banging and ready for the next round of rock.

Halestorm brought their brand of fast tempo, gut punching rock, and had the crowd out of their seats and rushing the stage in a frenzy as they opened up their set with “Do Not Disturb”, a fan favorite from their most recent album Vicious. Frontwoman Lzzy Hale teased the audience during the song by lifting her skirt slowly to show a Halestorm tattoo on her upper thigh while singing the lyric “I wanna show you my hidden tattoo”. The band made sure to appease fans with both new music as well as hits like “Love Bites (So Do I)”, “I Miss the Misery”, and “I Get Off”.  Before closing out their set, Hale spoke to the crowd about how honored the band was to be on this tour with Alice Cooper and mentioned that as a child she took the album Love it Death to a sleepover and realized “I was not like the other girls.”

Five decades hasn’t slowed Alice Cooper down one bit. The 71-year-old Detroit native seduced the crowd with his trademark top hat and cane as he sauntered onto the stage for the opening song “Feed My Frankenstein,” which is a genius song to start off a show just by the intro alone. If you are going to an Alice Cooper show, you expect the drama and theatrics and this performance was not a disappointment. The Nightmare Castle-themed stage set up was just the beginning of the amount of detail that went into the elaborate production for the night. Guillotines, straight jackets, money themed confetti as well as a dead bride portrayed by Cooper’s real life bride Sheryl Goddard are all just a glimpse into the mind of a mad genius.

Theatricality aside, the music was the heart of the show and what keeps fans coming back year after year.  The setlist spanned a 50-year discography with timeless hits like “Poison”, “No More Mr. Nice Guy”, and “I’m Eighteen” as well as deeper cuts like “Bed of Nails.” Fans also were able to see a softer side of the rocker when he paid homage to the local hockey team by donning a Nashville Predators jersey during the encore song “Under My Wheels”. Each of Cooper’s band members are an intricate part of the show dynamic. Nita Strauss (guitars), Ryan Roxie (guitars), Chuck Garric (bass guitar), Tommy Henriksen (guitars), and Glen Sobel (drums) bring their own unique style to the music that came before them. Alice and company finished off the night with the song “School’s Out” by bringing out Lzzy Hale and Joe Hottinger of Halestorm and adding a snippet from Pink Floyd’s “Another Brick in the Wall”.

From the fans in the venue who paid to see a legend perform to the bands that shared the stage with him, you could see Alice Cooper’s handprint on each and every person in that venue. Nearly written off at the beginning of his career as a flash-in-the-pan freak sideshow, Alice has proven the doubters wrong time and time again as he continues to blow people away after half a century of show-business. 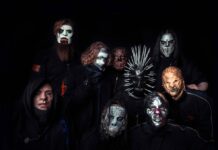