Advertisement
Home Editorial INTERVIEW: Sublime With Rome’s Eric Wilson on their legacy and coming together... 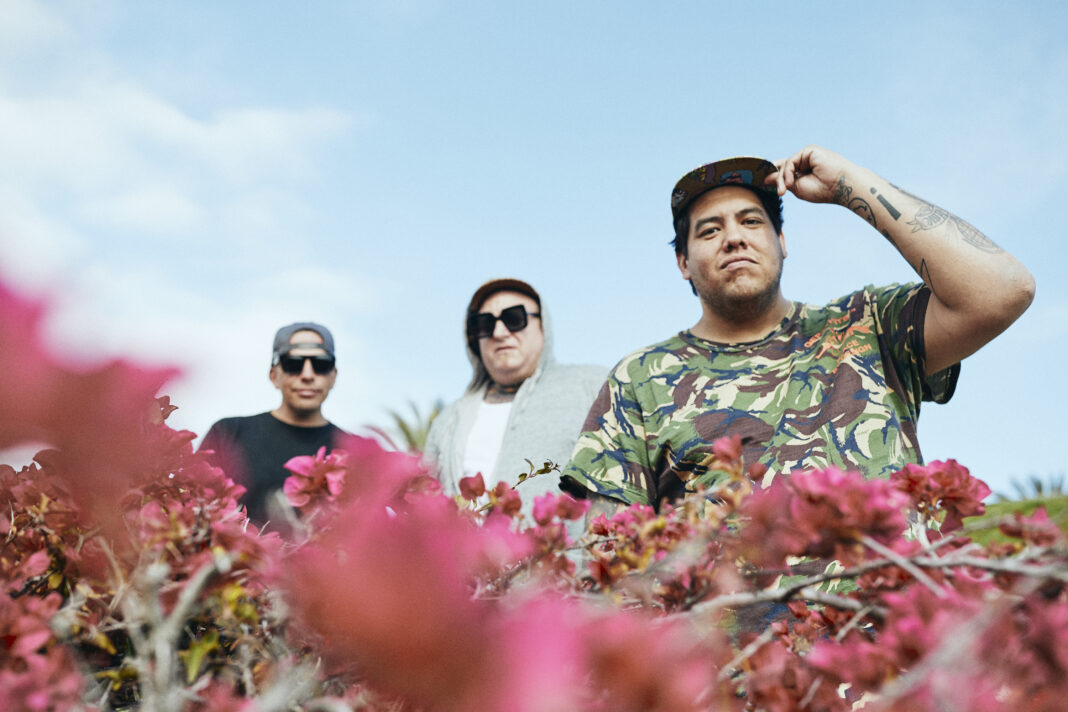 In 2009, more than a decade after the passing of vocalist Bradley Nowell and subsequent disbanding of the group, Sublime bassist Eric Wilson began performing with drummer Bud Gaugh and then-unknown vocalist/guitarist Rome Ramirez. The new trio soon became known as Sublime With Rome and released their first studio album, Yours Truly, in 2011, followed by Sirens in 2015. Drummer Carlos Verdugo joined in 2017, and after sharing the single “Wicked Heart” last summer, this spring Sublime With Rome announced that their third studio album, Blessings, would be released on May 31 via 5 Music/RED Music.

Substream spoke to Wilson in late June for a rare, exclusive interview. It was just a few weeks after the release of Blessings, and two weeks into their summer headlining tour with Soja, things were going “absolutely fantastic.” At the tail end of their set each night, the band will ask the crowd who’s a new fan and who’s been following their career for a long time, and Wilson feels it’s often an even split. “We’re very thankful for our diehard fans and so glad to welcome new ones in,” he says.

Blessings comes four years after Sublime With Rome’s prior full-length, Sirens, and so far, fans have been receptive to the new album. Wilson mentions that crowds sing along to the new tunes just like they do the classics and that the current lineup is solid – he’s confident this will stick for good. Verdugo “fits like a glove” and plays the drums like “a madman,” Wilson remarks. While Verdugo is a perfectionist, Wilson says the most important thing he brings to Sublime With Rome is his own unique style of playing: “Being a human, not a drum machine, is definitely a plus.”

The human element of music – even, or perhaps especially, when it leads to mistakes – can sometimes lead to the most exciting things. For their entire career, Sublime With Rome have brought together elements from reggae, ska, punk, rock, and hip-hop (on “One Day At A Time,” they team up with rapper Eddie Zuko) to create something that always feels like a good time. Moreover, if you ask Wilson, taking inspiration from the artists who first made you want to play music is “what music’s all about.” While other artists – he names Bad Brains as a significant influence – will have songs spanning several genres on their albums, Sublime With Rome has a unique way of incorporating elements of multiple genres in one song and making it “not just listenable, but really good.”

The key to succeeding in their art is staying true to who they are, and Wilson is grateful that his bandmates are so compatible and that they aren’t trying to be anyone else. Their DJ is “like a library for music,” his extensive knowledge proof that “the more you open your horizons, all sorts of great music – the more tools you have to make up music.” Calling the album Blessings was a natural choice, as it came from a place of being thankful for everything they have – namely, everyone they’re able to make happy at a show and through their music. Sometimes, being a musician means being surrounded on tour by one thing that brings you joy, while being far away from another; on “Light On,” they wax poetic about what it’s like to be on the road and miss what you have at home. The spirit of Sublime is alive and well in Sublime With Rome: “Spiderweb,” which was first released this January, and album-opener “Blessings,” hearken back to classics like “Santeria” and “What I Got.”

For the recording of Blessings, Sublime With Rome teamed up with producers Rob Cavallo (a multiple-time Grammy Award winner who’s known for his work with Green Day, My Chemical Romance, Goo Goo Dolls) and Andrew Goldstein (Robert DeLong, Blackbear, Lauv). Cavallo and Goldstein, Wilson tells me, “definitely know how to get the best out of the artist.” The band enjoyed their time with the producers, recording at Sonic Ranch, the world’s largest residential recording complex in the border town of Tornillo, Texas. Set on a 1700-acre pecan orchard, Sonic Ranch was an escape where the band was able to be away from everything else and focus on getting to work.

Sublime With Rome first came together in 2009, when Wilson was introduced to Rome Ramirez, and the two began jamming together; the group made their official live debut at Cypress Hill’s Smokeout Festival that October. Ten years later and with several tours and countless festival performances under their belt, Wilson reflects on honoring the legacy of Sublime while introducing people to new music, sharing that he’s sure it’s “what Brad would want,” and he wouldn’t want to be doing anything else. “As long as [people] want to hear it,” he says, “then I want to play it for them, and hopefully come up with cool shit, like we’ve been doing.”

So what does the future hold for Sublime With Rome? Right now, things look good: they’re touring regularly, and releasing new music that celebrates their legacy while also exciting new fans. But at the end of the day, through all the years of playing together, they’ve “come together more as a family and not just a band, and that’s the way it’s gonna be.”

Sublime With Rome is on tour now; Blessings is now available via 5 Music/RED Music. Visit www.SublimeWithRome.com for more info.