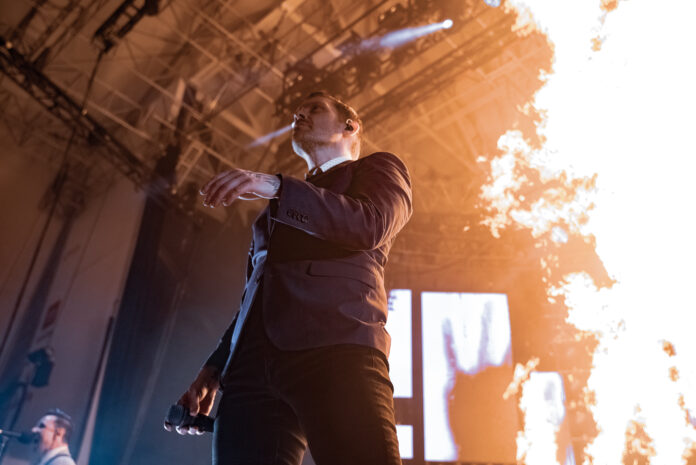 The four-piece rock outfit brought the ATTENTION ATTENTION World Tour to the Rockland Trust Pavillion in Boston last Monday. Broken Hands, Dinosaur Pile-Up, and Badflower steadily warmed up the pavilion with their rocking sets before Shinedown took the stage.

If a band is wondering how to put on a great show, they should look no further to Shinedown’s tour. The production, setlist, and overall performance were nearly impeccable. Their set opened with “DEVIL”, accompanied by pyrotechnics….lots of pyrotechnics. It set the mood perfectly. Seeing frontman Brent Smith illuminated by massive blasts of fire during the chorus was the closest thing to a religious experience a fan can get. “DEVIL” is not only one of the best rock songs of 2018, but a perfect way to open the show and set the tone for the next two hours. 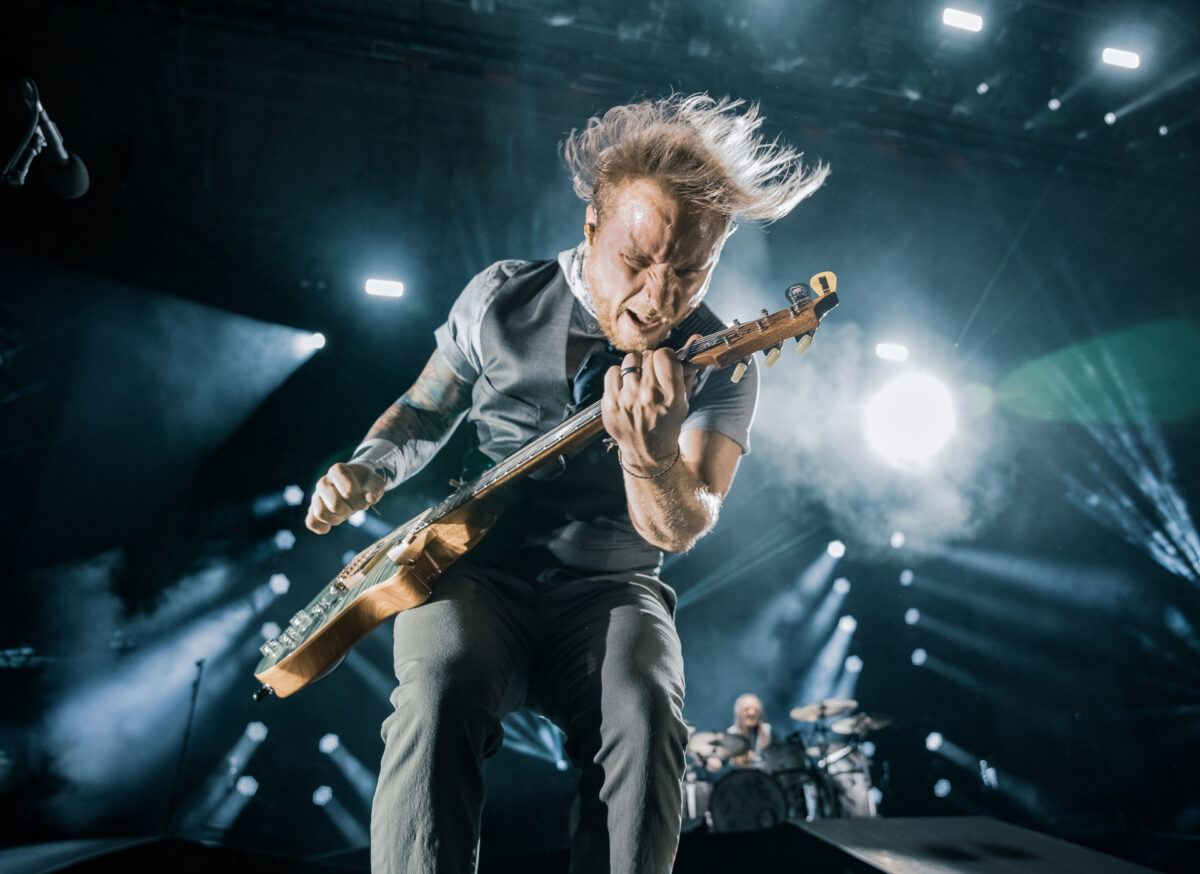 The incredible production didn’t stop there. Throughout the night, the songs were enhanced by lasers, fireworks, three additional stages, and yes, more fire. The only thing greater than the production was the band themselves. It’s not every concert that you can tell that a band is genuinely having the time of their lives on stage and loves what they do. Shinedown is one of those bands. Between the banter between bandmates amongst songs, Smith continuously thanking the crowd (including shaking the hands of every photographer in the photo pit), and the unwavering energy of all members, it’s obvious that Shinedown lives for this.

Smith’s natural talent of being a captivating frontman is indubitable, but it’s important to acknowledge the aptitude of the rest of the band. Drummer Barry Kerch, put quite simply, is a badass. His drumming on “ATTENTION ATTENTION” is remarkable, yet seeing him perform songs such as “DEVIL” and “Brilliant” was jaw-dropping. Bassist and pianist Eric Bass is one of the most energetic rock bassists that I’ve seen live. His performances during “Cut the Cord” and “Simple Man” especially showcased his talents. Finally, Zach Myers is not only an undeniably incredible guitarist (note his clean riffs and solo during “Bully), but a lot of fun to watch. His facial expressions, sprinting across stage, and interacting with the crowd while playing are hard to ignore and easy to love. 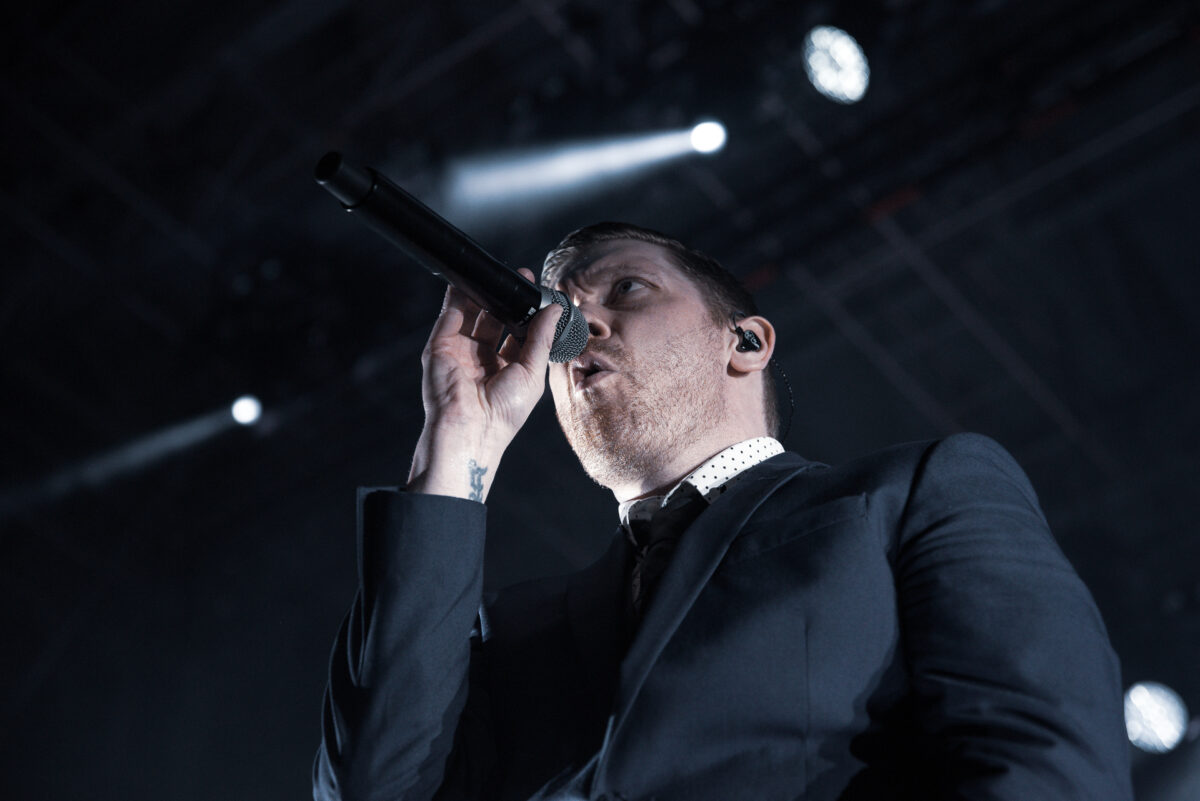 The setlist consisted of newer songs from “ATTENTION ATTENTION” as well as some deeper cuts such as “Amaryllis” and “I Dare You”, two of the four songs performed on the B stages. The show concluded with the rocking anthem “Sound of Madness” and final song of their recent album, “BRILLIANT.”

Saying that Shinedown put on a great show is an understatement. The ATTENTION ATTENTION World Tour is not only shaping up to be one of the most impressive tours of the summer, but one of the best tours of the year. The name of the tour is certainly fitting—Shinedown wants our attention, and they’ve got it now.