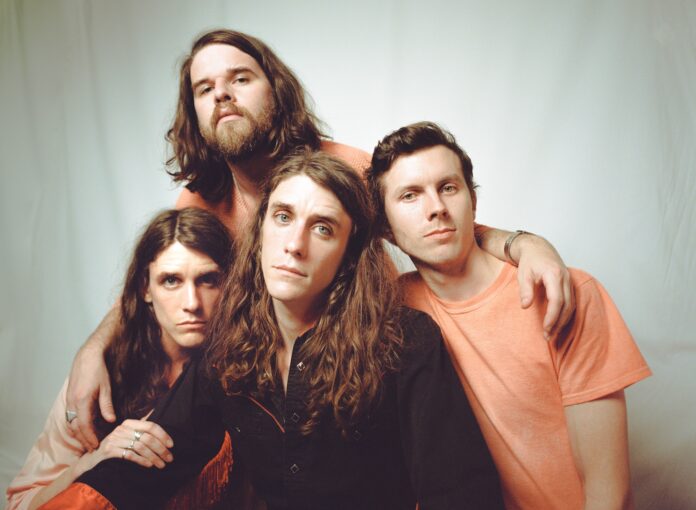 A personal favorite of mine when it comes to bonus features on media is audition tapes. There’s something fascinating about seeing the very beginning of a character, or picturing how things might have been if casting had gone in a different direction. I have watched the audition tapes for The Office more times than is healthy. That makes the music video I’m premiering today right in my wheelhouse. Mississippi rock band The Weeks are rocking out with distorted, funky single “Comin’ Down,” and their new music video for it embraces the lo-fi effects.

The music video is presented as a casting call, complete with all sorts of visual distortion and feedback you would expect from an old VHS tape. Each of the four members get a chance to show their stuff, dancing around and doing their best power poses as the song moves along. While they all shine individually, the real fun comes when they start to appear together, interacting and having fun. It’s easy to see The Weeks had a great time making this video, and the visuals fit the band’s sound perfectly.

The Weeks have a lot more coming up, as well. They’re set to release their new album Two Moons on September 13. Asked about the record, the band says “We’re insanely proud of this collection. This is our ‘studio magic’ record, with almost all of the writing taking place within Masse’s ‘The Casino’ studio. It’s a rock record that eats rock records for breakfast.” You can pre-order physical copies of the album here and digital copies here.

The band is also going on tour, with a full list of dates included below. Before checking out those dates, watch the video for “Comin’ Down” now.