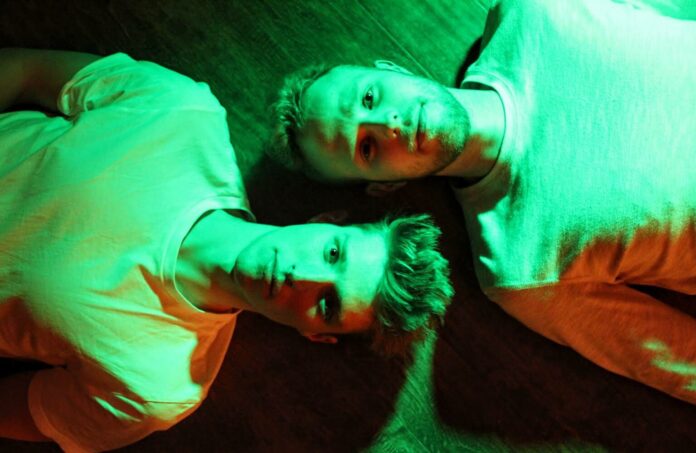 Brotherly love infused with a heavy dose of Rock-n-Roll and you got new sensation rock band The Band Gooch. Trailblazing a phenomenal path to the top with their amazing high energy, authentic indie punk appeal, and catchy songs. Today, Substream premieres the band’s brand-new single, “Stuck With You”.

A preview to highly-anticipated new music on the way in debut album. On the new single, the band’s address their frustration with mundane life, fit with tight percussion and electrifying guitars which make it a solid rock jam. The Salt Lake City-natives speaks on the Trevor Price collaboration with the following:

“The idea for Stuck With You came from a party we went to at someone’s townhome in Provo Ut. a couple of years ago. It was fun to see people, but every conversation was the exact same. It was like,
“Hey what are you up to?”
“Oh you know, school and work”
“Sweet what are you studying”
“I am majoring in Business management, or finance, or communications”
“Oh cool where you working”
And each response was the same type of job just at a different company. There was no variety in people’s lives, it was all the same. “You know, work and school work and school” And no one liked what they were doing at all, they were just doing it because “it’s what you do”. Just a bunch of unhappy sellout bastards. Stuck With You is an aggressive play off of not wanting to fall into the societal norm. Not that what people do is bad, but I believe people have way more potential than what they generally exert in life. I don’t want to be stuck in that trap.”

Brothers Jared and Jordan Gooch. The two began writing music after creating a wedding song for Jared, who was getting married at the time. Following up the song with another idea and love for 90s Rock, the two took their act on the road that has been non-stop success.

“Stuck With You” is scheduled to appear on the band’s debut effort, titled, Modern High. The direct follow-up to their 2018 self-titled EP. The debut album will be available July 2019 via self-release. For everything Gooch, follow the band today on Instagram, and Facebook.

“Stuck With You” is available now on all major streaming platform.

Stream “Stuck With You” by The Band Gooch below, courtesy of Soundcloud.