Advertisement
Home Editorial Interviews Crankdat: From being an Ohio college student to making music with T-Pain 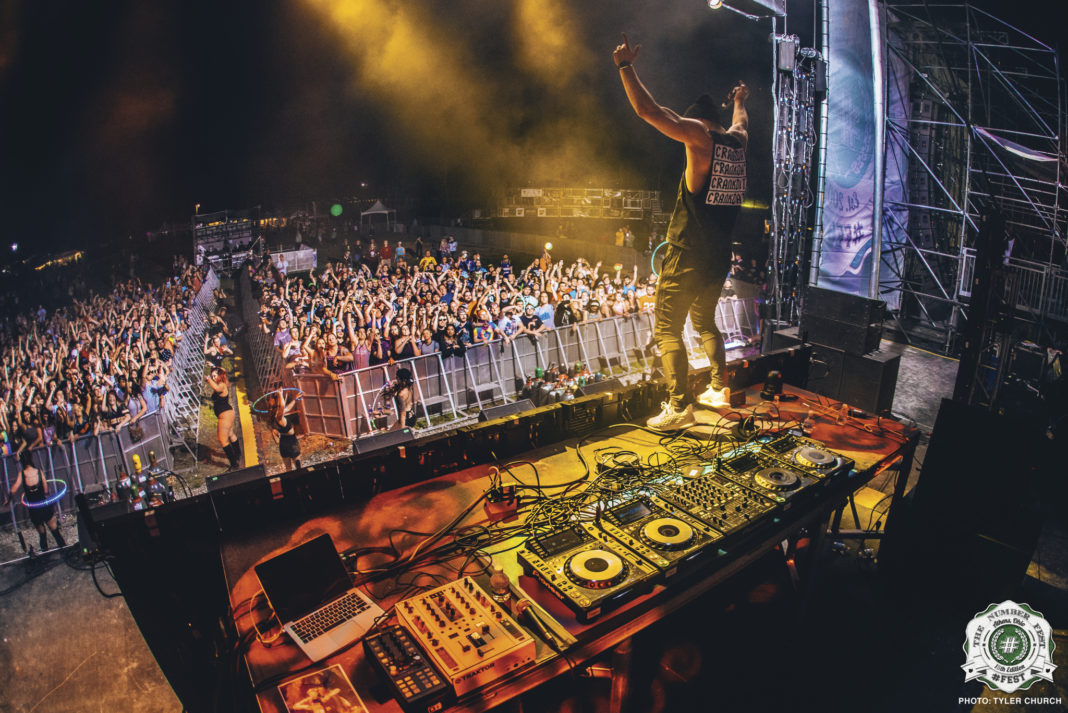 By the end of 2017, Christian Smith—A.K.A. Crankdat, one of dance music’s fastest-rising DJs—will have played 100 shows. But just one year ago, things were looking quite different for the Cleveland native, who was then a student at Kent State University on a track scholarship. When conversations began between Smith and his booking agent about the year’s planned tour schedule, he thought it was “crazy” and found himself faced with a choice: stay in school and continue competing in track, or drop out and pursue music. The decision was clear for him. “It boiled down to the fact that I was going to be much happier if I was doing my passion as a career,” he says. Now, he looks back and decides that playing 100 shows “wasn’t so bad.”

When not on the road, Smith still lives in Ohio, where there’s a very small community for dance music. He credits the Internet for his discovery of the genre, and finds that being on his own and removed from the constant barrage of industry events in New York City or Los Angeles allows him to hone in on his craft. A move to one of these cities may be in the cards for the future—he feels that it’s something everyone working in music should experience—though for now, he says, “I’ve found a little haven right where I grew up.”

Although Smith cut his teeth by dreaming up inventive remixes (or “re-cranks”), making original music has always been his goal. Through experience, he improved his skills as musician and found himself coming up with more original ideas. “It kind of, on its own, exceeded the capacity of what a remix could do,” he says.

He released his first original song, “Dollars,” at the end of summer 2017, and followed it up with “In The Air,” a T-Pain collaboration that came about through a bit of kismet. Dubset Media, a technology company that works with artists and record labels as a marketplace for mix and remix opportunities, had several unreleased vocal tracks by T-Pain and was searching for producers to make them into songs. At the top of T-Pain’s list of favorite producers was Crankdat, and as a long-time fan, he jumped on the project immediately.

When Smith talked to Substream, it was the end of a busy week where he had “been crunching day in, day out.” Other times, he’s able to knock out a track quickly. “I might only work once a week, but it’s a really good idea that I end up getting,” he says. In fact, spending time away from the studio—thereby starving himself creatively—allows him to bring ideas to fruition very quickly. “Dollars” came to be in about two days,” he recalls. But it’s not always that easy. “The idea gets done pretty quickly but it takes a little bit longer to bring the whole thing into existence,” he explains.

Of course, working tirelessly without focus isn’t enough to progress as an artist, and Smith is quick to point out multiple strategies in his creative process. “When I work on a song, I think of a couple things as priority,” he explains. “I think of, firstly, the song. I think, ‘How is this song going to be special?’ ‘How is this song going to help my artist project grow and develop?’ And then third I’d probably say, ‘How will this song be received in a live performance?'”

The past year has given Smith plenty of chances to share his songs in a live setting, as he played his first round of festival performances this summer, including #Fest in Ohio, Global Dance Festival in Denver and Electric Zoo in New York. While festivals were a new adventure for him, they proved successful. “I found that I thrive off of big festival crowds, and that was something that I didn’t really come to the realization of until after I had done them,” he says. “I love playing festivals—it’s definitely something that I look forward to every opportunity I get.”

Confident in his choice to make his passion a career, Smith shares that while the stress can be intense, he embraces the pressure. He explains, “If you didn’t care about something you wouldn’t stress about it…. It’s not really one of those things where it’s like, ‘Oh this is so stressful, I hate it,’ It’s one of those things where it’s like, ‘Wow, I love what I’m doing so much that I’m stressing about it because I love it so much.'”

It looks like things are only getting busier for Smith, who hints at the possibility of new remixes and original tracks to come, but doesn’t confirm any planned releases. He plans to perform at a “healthy combination” of festivals and headlining shows because he wants to experience a good variety of performances.

As things are on the rise for Crankdat, Smith tries to be as involved as possible in the business side of his career because he’s a self-professed control freak. “I’d like to know everything that’s going on,” he admits, laughing. At the end of the day, it’s the music that comes first, and sometimes that means letting his team take the reins so he can devote his full energy to his music. “I’ve also learned that if I’m in a phase where writing is the number one priority, that I need to take a bit of a step back from that and be as minimally involved as possible in order to create the best product that I can—the best music, the best art.”