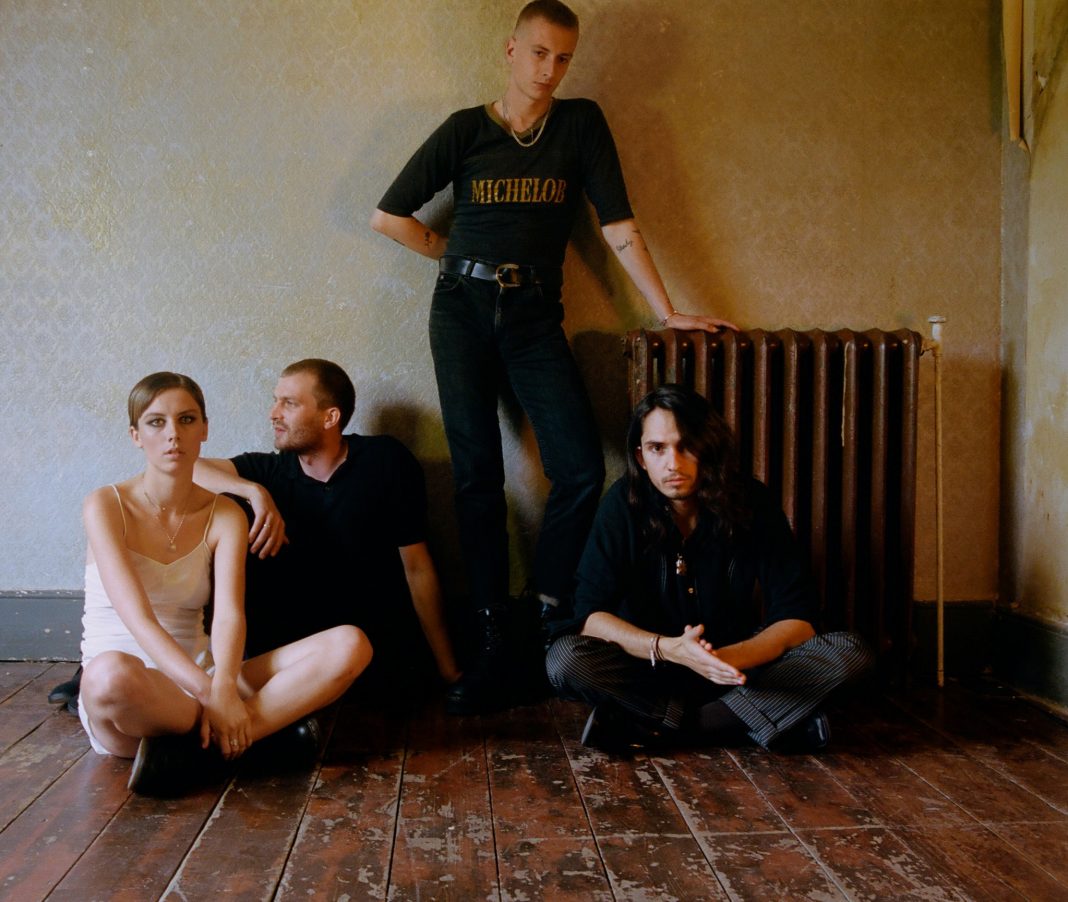 Releasing a critically-acclaimed debut album that reaches cult-following status is arguably the goal of any musician. The sudden rise to stardom can create a euphoric experience that puts individuals on cloud nine from touring and extensive experiences that follow. When the time comes to descend from cloud nine and start anchoring down on a sophomore album, the pressure can be felt to create something just as memorable as the debut release.

When it comes to London, England-based alternative rock quartet Wolf Alice, the mindset going into the creation of their sophomore album, Visions of a Life, remained a bit different than the conventional norm. Since the group’s inception, Wolf Alice has been named as the “Best Breakthrough Artist” at the U.K. Festival Awards, and have achieved gold status in the British Phonographic Industry (BPI) for their debut release, My Love is Cool. Despite the tangible and status-worthy collection of awards, bassist Theo Ellis finds accomplishment in other mediums.

“I think the thing we’re most proud of is the continued producing of this music that we love, on our own terms,” says Ellis, recalling the awards that Wolf Alice has achieved collectively. “It’s not really any nod from any awards or festival things like that, it’s more just about being able to do things the way we want to do them that we’re really proud of.”

When it came to the creation of Visions of a Life, the pressure to create a memorable album came more internally as opposed to externally. Being comfortable within their own skin remained a priority for Wolf Alice.

“The pressure really came from the four of us on the second record. We’re very much our harshest critic. So once we fulfilled what we wanted to still create with the four of us, I think we kind of felt more at ease,” says Ellis, recapping on if any pressure was felt to live into any expectations going into Visions of a Life after the success of My Love is Cool. “People were talking about us and that was a little bit nerve-wracking, we very much wanted to fulfill our own expectations.”

In regard to the recording process, the group worked with producer Justin Meldal-Johnsen, who’s best known as working with acts such as Paramore and M83 from a production standpoint. Wolf Alice traveled to Los Angeles to make the collaboration take place, and Ellis recalls a positive experience working with Meldal-Johnsen.

“We only really went to L.A. because Justin [Meldal-Johnsen] has family out there, and we wanted to work with him so much that we went over there,” Ellis says. “His vast expanse of different styles was one of the things that enticed us to work with him.”

When Substream spoke with Ellis, the group was experiencing a busy week of rehearsals and getting prepared for upcoming shows in support of Visions of a Life. In regard to the makeup of the sophomore effort, Ellis was excited for the public to hear the new material and explained the rationality behind how Visions of a Life came to be what it is.

“I think a lot of our own influences are quite diverse,” Ellis says. “Quite a lot of the time when we were making this new record, we weren’t necessarily siding with bands we’ve listened to before. We were more thinking about how we want to feel if we were listening to that album. It’s all about creating an emotional experience, the influence is more like things you felt or experienced.”

In tandem with the idea of emotional experiences, Visions of a Life is a collection of 12 of them, with each track adding its own unique experience to the table. Whether it’s the brash track to anyone who holds expectations of another individual in “Yuk Foo,” or the celebration of being different in “Beautifully Unconventional,” Visions of a Life hits on the experiential aspect. Within the diversity of the sophomore release, Ellis finds a track that stands out, and seems to represent the push the group has made creatively.

“I think one of my favorite songs on [Visions of a Life] is the song ‘St. Purple & Green.’ I feel like it’s us pushing ourselves quite farther than we ever have musically. I feel like that one very much belongs to this next record,” Ellis says. “I don’t think we could have been able to do that in our first album.”

The past has proven successful for Wolf Alice with the positive external response on their debut album, and Ellis is excited about the present to share the vast experiences within Visions of a Life with eager listeners. When it comes to the future of Wolf Alice, the goal may appear simple, but tends to be much easier said than done as artists progress throughout their discography. For the time being, Wolf Alice remains set on doing what they do best.

“We’d like to just keep on touring and keep making music on our own terms,” Ellis says. “We’d like to make records that people will listen to for a long time.”