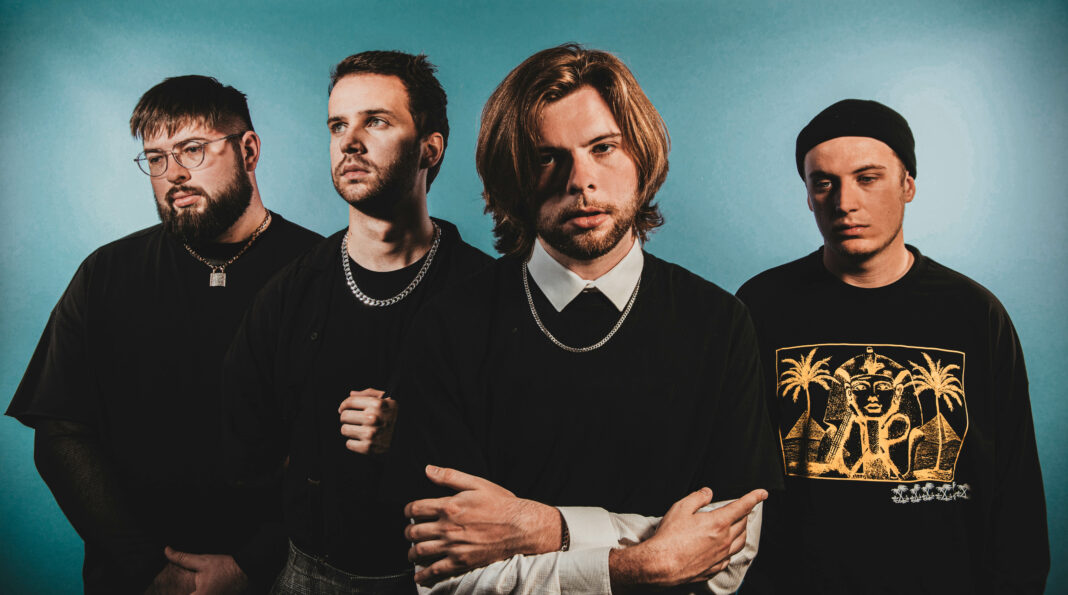 Wolf Culture hail from the seaside town of Bournemouth, England — formed after two close friends decided to keep playing music together. After being involved in various projects together previously, guitarist Jay Dervan and drummer Jake Daniels wanted to branch off and do something that was uniquely their own. With a need to fill the vocalist slot, the two enlisted Jay’s younger brother, Max Dervan, who provided additional guitars in addition to vocals. Later on, the three elected to add Reece Collins on bass, thus forming out the band.

The four didn’t immediately decide to go by Wolf Culture, having spent some time trading off aliases and performing cover sets and recording a series of demos. But, in 2016, when things started to pick up in their local scene, it was time to settle in on a name and that’s when they truly launched themselves onto the scene n full force. What followed was a string of shows opening for bands like Boston Manor, Hawthorne Heights, The Dangerous Summer, and more.

2018 was a transformational year for the band, with their debut EP, The Devil’s Plans for Idle Hands, coming via Common Ground Collective. The four-track EP was a huge success, garnering attention from the alternative music scene in the U.K., and was featured in Rock Sound Magazine, as well as being in three straight issues of Kerrang! Magazine. 2019 was another year of growth and change for Wolf Culture, with primary songwriting duties going to Max Dervan and doing some writing with Alex Adams of ROAM to get a pile of new music ready to go.

Wolf Culture has become entirely focused on crafting the next batch of music for fans, and is looking forward to showing fans just how much they’ve got in store for them. Today, Substream is thrilled to be teaming up with Wolf Culture to premiere their new single, “Spite,” the first taste of what fans can expect from the band.

The song pulls inspiration from some of the band’s favorite grunge acts, which is entirely noticeable in the verses of the track, before coming in with a chorus that is as loud as it is undeniably catchy. It’s an incredibly exciting single that shows Wolf Culture is worthy of your attention for 2019 and beyond. On the new track, Max tells Substream that “‘Spite’ is a bittersweet song about being pissed off about everything wrong with your life that the people around you make look so easy. We wanted to take inspiration from some of our favourite grunge artists whilst crafting a track that makes you want to both dance in the middle of the pit as well as screaming the truth in your mates’ faces.”

Listen to the song for yourself below.