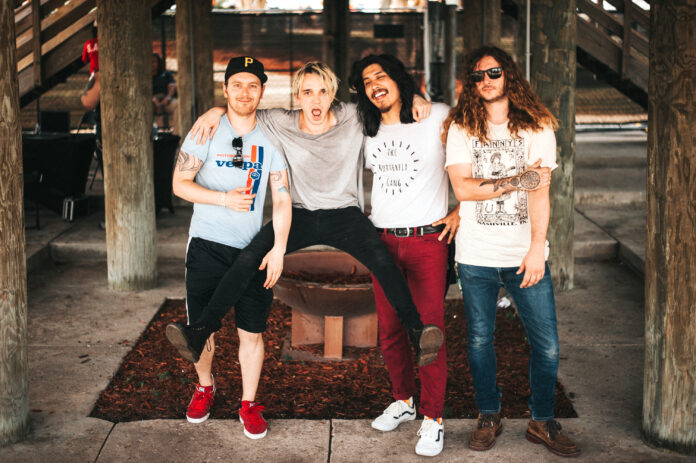 Substream favorites Badflower have just accomplished an amazing feat for a band with their debut record.

OK, I’m Sick was released back in February via Big Machine, and quickly garnered critical acclaim for the open-book lyrics and huge hooks that Badflower provides. They then achieved their first #1 single on the Billboard Mainstream Rock Charts with “Ghost,” and then that was followed a few months later by “Heroin.”

Now, Badflower and Big Machine have announced that their latest single from OK, I’m Sick, “The Jester,” has hit number one on the Billboard Mainstream Rock Charts. It’s no surprise for fans and those who have been keeping up with Badflower, especially as “The Jester” is another powerful track from the band — this one being one that humanizes isolation in an ever-expanding world, while looking for any sort of comfort from other’s.

“The irony is amazing,” says Badflower frontman Josh Katz on the accomplishment. “A song written about not being respected or taken seriously by the music industry is now the #1 most played rock song in America by the music industry. After everything we’ve accomplished now, it’s wild to think about how many years we spent as the underdog band.”

For a band that has accomplished so much already, from playing festivals like Sonic Temple and Louder Than Life, to having three number one singles off a debut album, it’s safe to say that Badflower is making themselves known in the rock world. From what they’ve done so far, it seems like the future is brighter than ever.