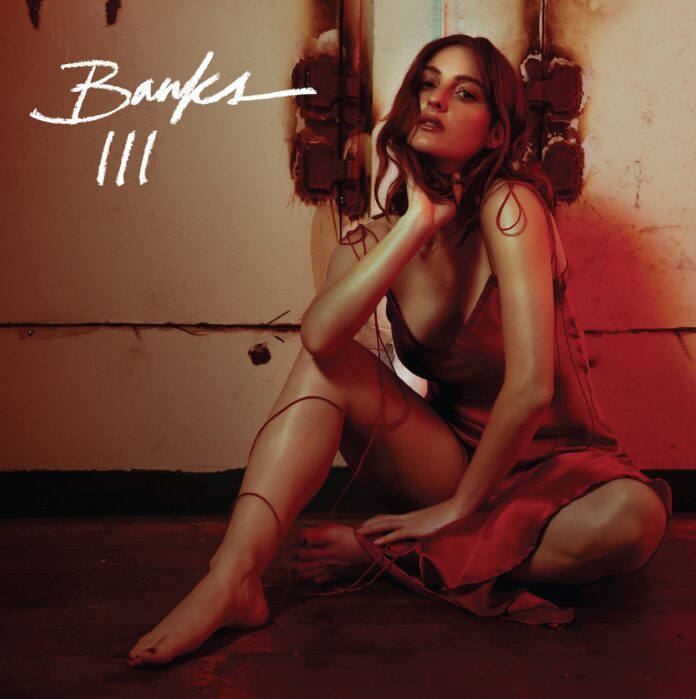 You cannot have art without taking chances. Each choice that goes into a piece of art closes off a different path. The degree of the chance can vary greatly. An artist can just shift their sound or their thoughts slightly, staying largely in a realm that they already know. That’s a chance in and of itself, banking on their audience being content with more of largely the same. Then there are the big chances. These are choices like stepping outside of a familiar genre–or genres altogether–to forge something new. It’s experimenting with production and instrumentation and seeing how far they can bend and morph before breaking. It’s taking the biggest swings you can think of to see what happens. BANKS has always been an ambitious artist, and she has pushed herself farther than she’s ever gone in 2019. The result is III, her third album, which mostly benefits from BANKS going for it all.

That commitment to taking big chances is evident from the very first track, “Till Now.” It carries with it two things listeners are going to get a lot of from III: experimentation and AutoTune. BANKS submerges her voice in varying degrees of electronic influence throughout the album. On “Till Now,” her voice serves as most of the instrumental, varying harmonies and runs layered over one another until it reaches a fever pitch. It serves as the perfect intro to first single “Gimme,” which still pulses and thrills in the context of the album.

“Gimme” also serves as a good indiction of the thematic and emotional chances BANKS is taking on III. She’s never been an artist afraid of saying what she feels, but it reaches all new levels here. “Gimme” is an unrepentant demand for love and affection, delivered with a powerful growl. Throughout III, BANKS openly discusses infidelity, passion, pain, cruelty, and sadness in varying degrees, each message delivered with the intensity we’ve come to love from her. The piano and synth fueled “Contaminated” is raw and powerful, BANKS laying her anguish and and disappointment on the table for all to feel. “Godless” is one of the album’s best tracks, with BANKS using her brilliant vocals and a pounding bass line to explore how love and passion can feel like the divine. BANKS feels everything intensely, and that emotional core is what makes her music come to life and shine.

Between the rolling synths and AutoTune-wrapped vocals, III is a sonically dense album. The best example of this is the Francis and The Lights-assisted single “Look What You’re Doing To Me.” The synths, the instrumental, and both of their voices swirling together is a lot to take in. In that case, it works, but sometimes it doesn’t. I love a dense, packed sound as much as anyone, but on some occasions like “Stroke” and “The Fall” (although I adore those horns), the density can become too much and create a sonic sludge that swallows up the song. Still, I respect BANKS’s commitment to fitting in as many instruments and harmonies as she can and aiming for the stars, even on the songs where it does overwhelm.

These big, dense moments also help when BANKS swings hard in the other direction, as III‘s softer, more ballad-like songs stand out even more placed in between some of the heavier tracks. “Sawzall” and its lazy, summery guitar and keys is a cool breeze, and still contains some interesting synth arrangements through the bridge. “Alaska” is about as close to a Top 40 song as you’re going to find, and the syncopation on BANKS’s vocal delivery is going to get the chorus stuck in your head forever. “Made of Water” and “What About Love” expertly bring III to a close with a moving, reflective look at what truly makes heartbreak and love affect us so much.

Whether it’s stripping everything back or piling on sounds and synths until she can’t anymore, BANKS operates in the extremes on III. She is an artist who knows how to push hard, embrace every artistic whim she has, and run with all of it without question. The result is an album that’s wholly unique, emotionally intense, and mostly a good listen. BANKS keeps taking chances, and they keep paying off with III.