When last we heard from Bogues, they were about to release Life, Slowly, and we were honored to share a glimpse into their headspace as they began learning to navigate their way through life in the face of severance. Personal relationships and the unsettling amount of self-worth that we attribute to those bonds were in ruins around them, and it often feels near impossible to find any semblance of stable footing when every bridge you’ve ever built has collapsed. That record felt very much like it was written in realtime for mastermind Aj Gruenwald — it was the moment after the destruction sets and all you can do is stare blankly at the broken pieces of everything you’ve known and trying to figure out where to go from there.

Today, I couldn’t be more excited to share one of the first new songs to come from Bogues since the dust began to settle. “A Long Goodbye” feels like the epilogue to Life, Slowly in that isn’t any more joyful than the work of its predecessor, but it is reflective of the experiences that shaped it. A world of darkness and destruction loomed over Gruenwald in the wake of these relationships and you can only ignore the darkness for so long before it becomes impossible to see the light — no matter how bright it may be. When talking about the track, Aj says: “A Long Goodbye is about feeling insignificant to the people around you although you, in actuality, are really cared about. I hope no one has to go through that type of thing. You are not alone. You are important. You are loved.”

Now, he’s certainly no stranger to tackling this subject in his songwriting. His previous body of work has made that abundantly clear, but he’s opted out of any sly wordplay or metaphor this time around. I’ve sat here for a couple of days trying to figure out which lyrical passage I would share with you in order to drive the point home, but I can’t decide. Here are the two moments of the song that really took the wind out of me on first listen: “I became more and more unimportant/that’s at least where my head was at/Small steps turned into big gaps/I couldn’t see that they were formin/Was too focused on what I had” and “I reached out for help/came back in on myself/like it wasn’t worth it to rely on someone else/Hopefully if I die, it’ll be a short hell/and all my friends will go on never knowing how I felt/I know holding on’s a struggle/I feel it in my hands.” The sincerity and honesty that radiates from these lyrics cut to the bone in ways that launch him out of the worlds of acts like Julien Baker and Phoebe Bridgers and into that of Stevie Nicks and Kevin Devine.

Now, that might seem like a very strange pairing to some, but it’s significant to my own personal experiences with music. Fleetwood Mac’s “Landslide” (especially the live version from The Dance) is neck and neck with Johnny Cash’s rendition of “Hurt” for my favorite song of all time, and Kevin Devine’s, “No One Says You Have To” isn’t all that far behind. “A Long Goodbye” fits right into this menagerie of beautifully somber songwriting that feels elevated by the gentle restraint of vocal fragility and sparse musical arrangement.

You can listen to “A Long Goodbye” below.

Bogues will also be heading out on tour with Delta Sleep at the end of the month. You can find tickets for that here and check out a full list of upcoming dates below. 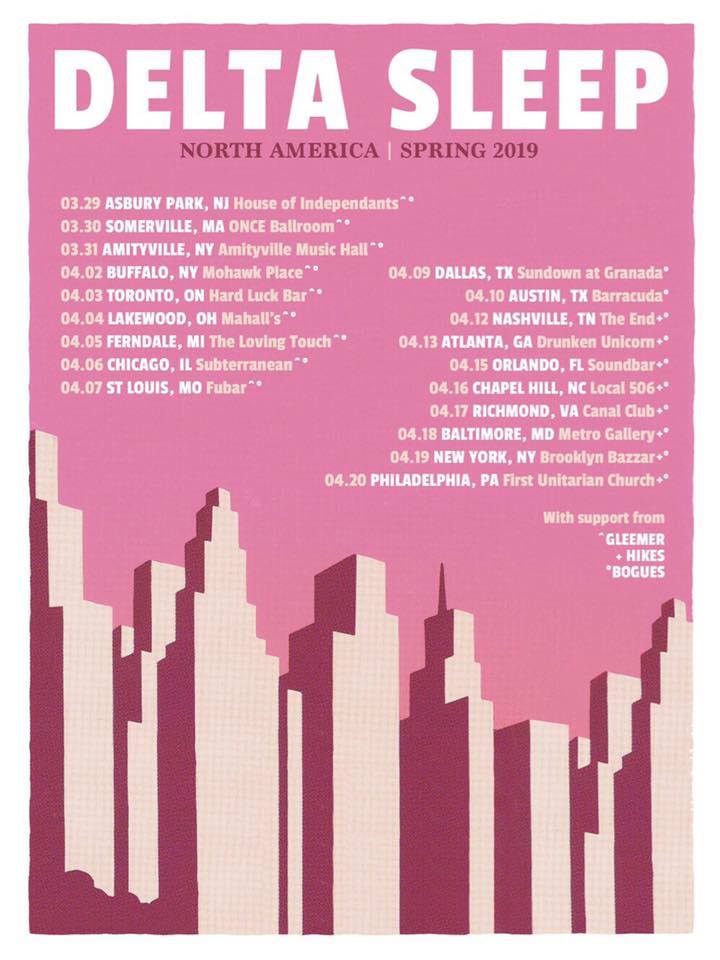