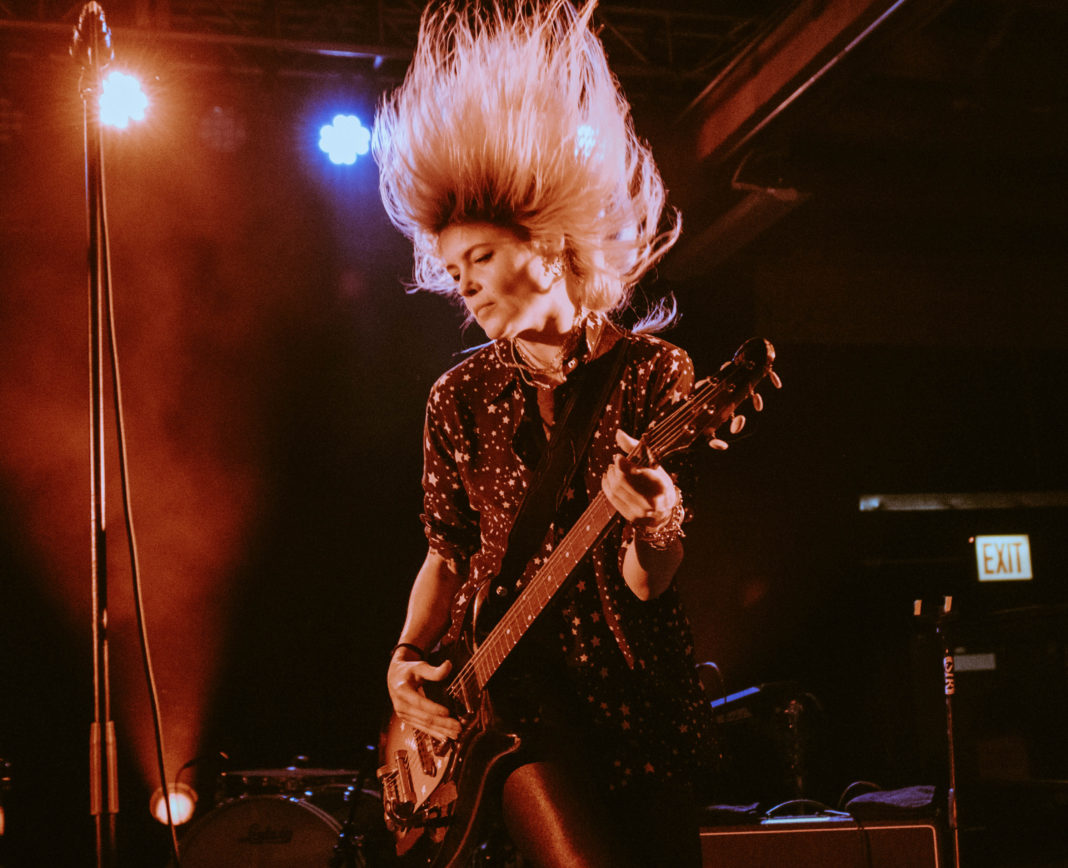 The Kills rock out after a day of girls skating at House of Vans.

The House of Vans has been open for just over a year, yet they’ve put on some of the most exciting and unique events in Chicago. Combining local art, sick skating tricks, and some of the best bands in the world, House of Vans is becoming one of the best venues in the city. Last Saturday, the indoor skatepark hosted Girls Skate Jam, an evening to celebrate female skaters and show off some new art by renowned artist Robin Eisenberg. After some stellar tricks by skaters (many of whom were under 10 years old!), the crowd was treated to music by The Kills, one of the most energetic and raw rock duos on the scene.

The Kills were formed in 2001 by Alison Mosshart (The Dead Weather) and Jamie Hince, who started writing songs together for their first album, Keep on your Mean Side, almost immediately. The band’s five studio albums represent their ability to transform garage rock for indie fans into more approachable guitar riffs and sultry vocals. For their show at the House of Vans, Mosshart and Hince pulled out all the stops, playing some of their best songs. They opened the night with “Heart of a Dog,” which featured the mind-boggling acrobatics of Mosshart; she bent fully backward and immediately jumped forward again. With each song, The Kills cranked up the energy and interacted with the audience by leaning over the stage and encouraging their fans to sing along.

All of House of Vans’ events are free; people only need to RSVP on their website. Because their shows are free, it’s always an amazing surprise that such incredible bands play at the Chicago and Brooklyn locations. Their summer series in Chicago will feature Vic Mensa, Princess Nokia, and The Dead Milkmen, to name a few. For more info on Chicago’s summer shows and how to RSVP, click HERE.