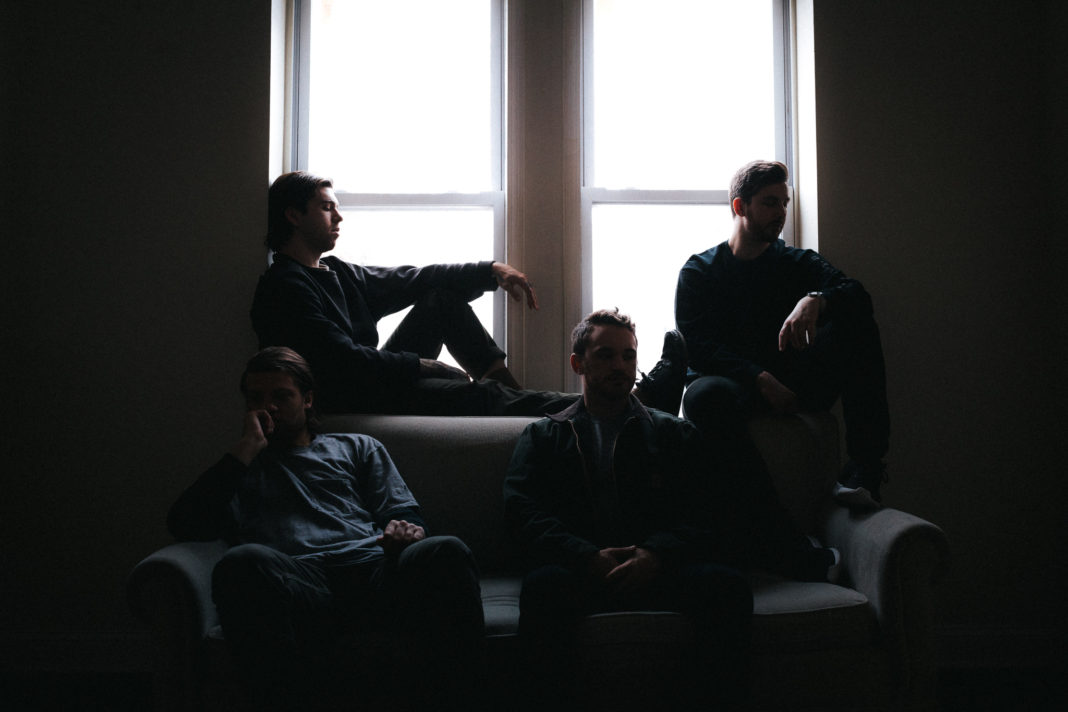 I talk about the band Armor For Sleep a lot more than somebody who only got into the band in 2010 should. Alas, here I am, on the verge of doing it again. The reason I fell so hard for that band in my junior year of high school was that of the way they were able to craft a conceptual album like What To Do When You’re Dead without sacrificing the heart or emotional tangibility of mid-aughts emo. The songs were connected and the stories were delicately woven, but still managed to soar on their own. No bands of recent memory have been able to touch the magnitude of that record — at least, not until I heard the way Rich People manage to soar through their new record, Grace Session.

Opening the record with the sounds of muffled footsteps, static, and prayer gives the album an immediate sense of weight. This is the only chance listeners are gifted to prepare themselves for the journey that they are about to embark on. Once that introduction is over, we’re thrown into the powerful hands of “Fierce Grace.” Robert Rich’s vocals feel powerful in their restraint, growing richer and more tangible as we slowly crawl into the songs explosive and melodic chorus.

The record comes to a close with a full-force tidal wave of emotional reckoning a la “White Mark.” The title feels referential — like how a scratch in glass leaves a white skid that clouds something that is otherwise transparent. You’re allowed these brief glimpses into the trials and tribulations of Robert Rich & crew, but the white marks left in their wake make it hard to see the big picture. The tracks powerful and crashing energy comes armed with mind-boggling melodies and vocal harmonies strong enough to move mountains. It’s on this track that Rich People show little to no signs of relent and are clearly intent on carrying you through catharsis with little to no precaution.

When asked about the name of the record, vocalist Robert Rich says that he sees a “grace session” as a life that’s inexplicably veiled by some higher power and seemingly can’t be brought down by turmoil. Even on the first listen, it’s abundantly clear that Rich has spent a lot of time trying to figure out how to accurately put this idea to music and that this record is about learning to accept and lean into that grace in order to continue to grow and move forward. Lyrically, Rich People are giving us a tour through the some of the lowest points of their lives; going to bat with their own mental health, encounters with addiction, and the constant flux of their relationships as a result of everything.

You can stream Grace Session in full below.

Grace Session is out February 17th. Snag your copy of the record here. Rich People is hitting the road starting this Sunday. All upcoming tour dates can be found below.