In an age where anyone with a laptop can easily record a song from the comfort of their own home, the singer-songwriter genre has become incredibly overcrowded. It’s harder now than ever before to get noticed despite the barriers to entry being at an all time low, which is why we are kind of fascinated by the quiet rise of Epic Records’ artist Wrabel. His take on pop music is a layered and painfully honest affair that has had us tapping along to his unique sound for months, and his latest single should be all the convincing anyone needs before hopping on his fast-growing bandwagon.

We’ve all been through breakups that left us with untold volumes of memories and connections to someone we may never speak to again, and we’ve dealt with the daily battle that is trying to keep those thoughts at bay. On Wrabel’s new single, “11 Blocks,” listening bare witness to an individual dealing with these same struggles. As the song progresses, the protagonist cannot help thinking how close he is to his once great love, and how even when he’s surrounded by friends at a party his mind is focused on the distance between his location and that lost love’s front door. Making matters worse is the fact he knows the person he misses is probably home, and he constantly wrestles with the idea of whether or not he should pay them a visit. Check it out:

Wrabel’s plans for the future are not immediately known at this time, but “11 Blocks” has us itching to hear more from the up-and-coming artist. We’ve already reached out to his representatives at Epic in hopes of doing something in-depth with Wrabel in the coming months, but at the time of this post those plans are still very much up in the air. Stay tuned. 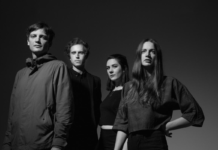 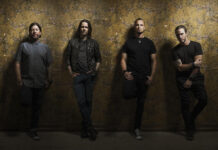