Boston power trio Trophy Lungs has been around since 2012, laying down emotionally charged punk rock destined for a primo slot at the Fest that in another life might be affectionately referred to as “orgcore.” On their debut album, Day Jobs,  the band delivers music that is gruff, energetic and not afraid of a guitar solo or two. Today, we’re premiering Day Jobs in its entirety, and it is an absolute blast of a listen. Guitarist/vocalist Kevin Bogart comments:

“This record means everything to us and after two years we couldn’t be more excited for it to finally come out.”

Trophy Lungs’ Day Jobs is available now on Antique Records and can be ordered here. 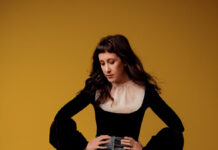