Music has always been a great outlet for artists to voice their opinions or stand for something they believe in. Needless to say, there’s no gap between what the Baltimore, MD based metalcore quartet My Ransomed Soul has on their mind and what’s written within their lyrics in their third LP release Trilateral, which releases February 24.

Following up on the notion of questioning the norm, Frey brings more political meaning to the surface within the proceeding track “Revolt.” On a pure melodic standpoint, “Revolt” has some great structure within it, making it a catchy song to return to on Trilateral. The aggressive nature of guitar chugs is complimented well with aggressive lyrics such as “You speak of liberty/ Yet dismantle our dreams/ Is this what you call democracy?”

Though My Ransomed Soul went heavy on the questioning of political policy within several tracks of the album, that’s not all that can be found within the ten track duration of Trilateral. Other themes such as the struggle of addiction and overcoming internal obstacles can be found in tracks such as “Rehab” and “Inundate,” respectfully. Religious themes are heavily prevalent within the closing track “Revive,” making it a great track to end on for a reflective standpoint.

The four members of My Ransomed Soul do a great job of having synergy with each other within the ten tracks of Trilateral. The themes prevalent on the album, in addition to the aggressive melodies and lyrics, complement each other very well, producing a sound that motivates a change of thought to the listeners. 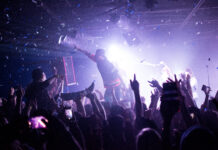 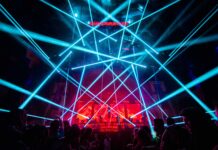