When embarking on a new journey o unfamiliar ground, the trials and tribulations seem impossible to overcome, but it’s the most difficult tasks that make success so much sweeter. It takes full dedication and focus to reach a desired goal. Fr Fearless Records CEO Bob Becker, the label began as a hobby to help get his friends’ band’s music out to the public. As time passed, the label grew and this “hobby” transformed into a massive success. Fearless Records continues to sign and represent amazing bands that fans love. Substream Music Press spoke with Mr. Becker about his adventures and what it’s like to own one of the industry’s most recognized and successful labels.

Substream Music Press: How did you come to the decision to start a label?

Bob Becker: I was in a few bands and put  out my friends’ records because no one else would. A few other bands hit me up to put theirs out too and it grew from there. I had no idea what I was doing, but I worked hard and invested money I earned from my day job. I finally quit that job, which was scary, but luckily it worked out.

SMP: Why choose to call it Fearless Records? Were you willing to give every band a chance no matter what?

BB: I felt I was being fearless by doing something I had no idea how to do at the time. It seemed to fit really well.

SMP: What advice would you give to someone who wanted to start their own label or a band looking to get signed?

BB: If you want to start a label or a band, do it for the right reasons: because you love it and REALLY want to do it, not for fame, money, or fortune. You will only get sidetracked and not have the passion it takes.

SMP: What’s the most crucial element in running a profitable label?

BB: To me, it’s all about the bands you work with. The label is only as good as the bands you have. The financial part is tricky and I’m still learning it. It’s like other businesses, but every time you sign a band you are taking a chance that could affect your company.

SMP: Who is the first band you ever signed?

BB: The WhiteKaps, my high school best friend’s band, which I was also in for a bit.

SMP: When did Fearless get its big start/”this is it” moment?

BB: It still hasn’t come. I’m really never satisfied and very competitive. I have had some great moments though. The Grammy’s with the Plain White T’s, I had to light a big fat cigar and take it all in for a second.

SMP: What does it take to make the cut to be signed on your label and to make those bands a success?

BB: Getting signed is tricky. There are a lot of elements, music and people; sometimes it’s just timing or a gut feeling that I have. The signing part is easy; becoming successful is hard. It takes patience, talent, hard work and a lot of luck.

SMP: Why should a band choose Fearless?

BB: We are good people and care about those we work with. I also feel we are willing to give bands a good amount of freedom. We also work very hard, not just to put out records but with touring as well.

SMP: Are there any bands that you let slip through your fingers that you wish you could’ve signed?

SMP: How does it feel to be celebrating your 15th anniversary?

BB: It’s awesome! I would have never thought it would last this long when I started. I’m very grateful.

SMP: What are the easiest/hardest aspects of running a label?

BB: The easy part is getting up to go to work. The hardest part is watching a band make mistakes and fail and ultimately break up. I hate that part.

BB: Not really. The way I see it, if you make more good choices than bad and learn from your mistakes, you shouldn’t have to have regret.

SMP: How would someone go about working with Fearless, whether it is a position at the label or promoting bands?

BB: Talk to Joyce (Fearless Product Manager) or Todd (Fearless General Manager). If they think you fit in, I’m in. 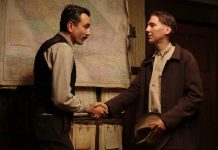 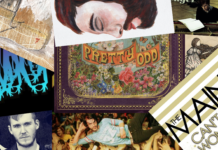 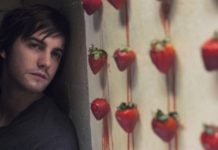