Nina Johnstone is only 25 years old, but she’s already been in the music business for more than five years. “Originally I wanted to be a plastic surgeon, but then I realized I can’t handle the sight of blood,” she says laughing. Fortunately, Johnstone had something else to fall back on, and in 2009 she started Kiss The Concrete, a San Diego-based booking company that has worked with bands like Veara, Along Came A Spider and Chasing Safety. KTC is also a clothing line whose first couple t-shirt designs caused a bit of an online buzz. We spoke with Johnstone about all the ins and outs of running a DIY company.

Substream Magazine: How did Kiss The Concrete start?

Johnstone: When I was 16, I started going to shows. I was really into bands like Finch, A Static Lullaby, The HorrorPops. I became more obsessed with how shows were being ran versus who was actually playing them. Over the course of a few years I made friends and toured with a few regional bands that were unsigned. They were talking about wanting to come to San Diego to play shows, but San Diego is a weird market to play if you’ve never played here. Venues don’t want to take a chance on people who have never played here, but in order to build a fanbase you have to play. So it was a circular argument that no one wanted to fix. Me and my best friend were like, “How hard can throwing a show be?”

We found a really cool venue [called Queen Bee’s] that had a female owner, and she was really empowered by what we were trying to do, so she gave us a really good rate on doing shows, and we booked one three months later. It took off from there. We started doing shows about five times a month—different genres—mainly helping out touring bands that wanted to come here. My best friend said, “We should figured out a way to spread awareness about what we’re doing. Let’s make T-shirts.” So we came up with a few designs, and I had my brother’s best friend take photos of them. She put them on Tumblr, and they blew up. We started getting orders from all over the world and emails that I couldn’t translate because I couldn’t speak German. [Laughs.] So we made a website, applied to do Warped Tour, got that and steadily expanded from there.

SM: How did the word spread internationally?

NJ: The girl who we used to take the photos, she had built quite an online following. People started reblogging the pictures she posted, and she showed us one of them that had 20,000 reblogs, and I was like, “Who do you know? Are you some kind of Internet celebrity and you didn’t tell us?” She was like, “I posted these photos and they’ve blown up.” We didn’t even realize until we started getting emails that people in other countries had even wanted them. Our first couple shirts were a little vulgar, but the idea behind it is about positivity. The shirts say, “Trust no dick” and “Trust no bitch.” It was about not having negative people in your life affect you and what you want to do. Just push them to the wayside and continue on. We got a lot of [reactions from women] who were in abusive relationships and had just gotten out, and the shirts really spoke to them. We thought that was super-awesome that something we randomly made helped so many people. We still get people today who find us at shows and say, “That shirt helped me through a serious time in my life, and I just want to thank you for being who you are.”

SM: It sounds like you’ve always been interested in booking shows, but how did designing shirts come into it?

NJ: My best friend who helped me start Kiss The Concrete, she wanted to be a clothing designer. When we formed, I handled the booking side because that’s where my heart was. So together we were able to create something that no one was really doing at the time—no one’s really doing it now. To me they always seemed to go hand in hand. Bands are always looking for free stuff, so why not slap some T-shirts on them? They wear them at shows, they wear them at promo events, then you start getting their friends that want shows here and their fans who are like, “I want that T-shirt.”

Since she left the company to pursue her graphic design efforts, I took over the clothing side as well, and I’ve grown to love it. The designs that we put out, I believe in. I’m really into positivity and not just relying on your dreams to get you where you need to go. There are systems that need to be set in place, and you need to actively be working on what you want to do to get to where you [want to be]. That’s what we want to push: Your dreams are completely within your reach if you’re willing to put the work into them.

SM: How do you choose the bands you work with?

NJ: It’s almost turned into a referral program. I can honestly say every touring band we’ve brought through I’ve genuinely liked. They’re super down-to-earth and really talented. They’re supportive of their dreams, and that’s something I can stand behind. They don’t rely on other people to make things happen for them. They’re out there on the road, not eating, playing every night for minimal money because this is what they believe and what they dream about. Then they start telling their booking agents about us, and the booking agents start sending us more tours.

SM: What’s been your highlight, as far as show you’ve booked?

NJ: In 2011 we booked a festival called Take It Back Fest. At the time we got a headliner by the name of letlive. that was out of LA. letlive. have had a cult following in San Diego and LA for years. We had become really good friends with them over the years, so we said, “We want to do a San Diego CD release show.” They were signed to Tragic Hero, and they got released from that contract and went to Epitaph, and they were re-releasing Fake History. We didn’t realize how big that show was going to be; we sold out in advance. Everyone that came stayed from the first band to the last band, which is very uncommon these days. Everyone had a good time; letlive. had a good time. They said it was one of their best shows to date. 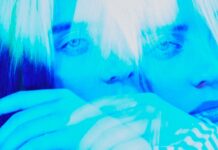