In playing an often-saturated style of post-hardcore, Jamie’s Elsewhere found a way to stick out early in their career due to their precise instrumentation and huge hooks sung by Aaron Pauley. Well, Pauley may have left to join Of Mice & Men, but that doesn’t mean the group has lost any of their magical technical touches. With Rebel Revive, their first record since 2010, the band works with different dynamics in hopes of making their sound as unique as possible — and the self-release aids in this as well. While there are still limitations due to their genre of play, their solid on-record performances and memorable choruses keep the album feeling crisp.
That, and the tendency to write great melodies helps too. “Closure” and the title track both demonstrate this, as with the bombardment of guitars and slick layering of metal crunch, keyboards, and electronics, the band proves that they haven’t lost their touch at all. New singer Justin Kyle also gets his vocal work thrown alongside guests such as Garret Rapp (The Color Morale) and Tyler Carter (Issues), which gives another verdurous dimension to their sound. What makes Rebel Revive a strong offering from the quintet is that it’s yet another fulfillment of Jamie’s Elsewhere’s ever-developing potential, making the listener wonder just where they might take things next.

Rebel Revive is out now. 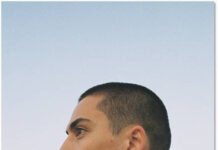 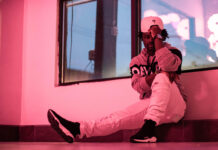 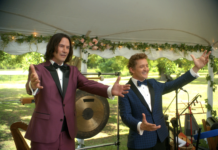 Layla Arrives Fresh Off A Lovely “Vacation” In New Song