Bring Me The Horizon have crafted a reputation as one of the forerunners of metalcore. The band’s dedication to touring and constant interaction with fans has provided Oli Sykes, Lee Malia, Matt Kean Matt Nichols and Jona Weinhofen with well-earned international notoriety. 2010 has been a year filled with anticipation. The band entered the studio in April to complete a follow-up to the immensely successful Suicide Season, which was praised by critics and helped the band garner the support of an American audience. Substream caught up with the band during Warped Tour for some insight into the new record and what it’s like to spend life on the road.

Substream Music Press: Were you guys excited to be back on Warped Tour?

Bring Me The Horizon: Yeah, we did Warped Tour once before in 2008. It was  a lot of fun and were glad to be back on this kind of tour again. It was a lot of fun because there are so many bands just hanging out and having a good time.

SMP: How does Warped Tour compare to doing your own tour?

BMTH: When we are on our own tour, we know people are there to see us. But on tours like these, we get to play for a lot of people who normally would not have listened to us. It is a good way to get our music out there to new people.

SMP: For American teens, Warped Tour is almost like a musical rite of passage. Is it seen the same way back in Europe?

BMTH: Heavy music is more mainstream in the States, so the crowds are bigger. More people are willing to give the music a chance. There is a bigger audience [for tours like Warped].

SMP: Is it good or bad that metal is more mainstream here? Some bands say that while it increases their payday, the music loses its meaning because some fans are just there because of the trend.

BMTH: I completely disagree. I think metal should be as big as it possibly can be. I don’t understand the mentality that when a lot of people listen to a band, they aren’t as good anymore. Maybe it’s because I’m older now, but i see no point to musical elitism.

SMP: What can you tell us about the new album?

BMTH: We worked with Fredrik Nordstrom again. He is the same producer that did Suicide Season. It was a great experience. We recorded it in a small town outside of Gothenberg, Sweden.

SMP: Well, the Swedish are definitely known for putting out some of the world’s heaviest death metal. Did being in that environment influence you guys at all?

BMTH: Yes, we do pull influences from death metal and our producer has worked with a lot of the well-known Swedish bands. Ultimately though, what we write comes from us, and we don’t try to be like anyone else or have any one sound.

SMP: Will the new record sound similar to Suicide Season?

BMTH: The new record is definitely still us, but we’ve grown as a band and our songwriting has matured. We’ve added more parts to the songs and to the production. We used more elements to make the songs more complete. we wanted to write a comprehensive album, not just individual songs.

SMP: Was there any pressure on you guys since the last record was so successful with fans?

BMTH: Yeah, in the beginning we felt it. We wanted to make sure we were writing songs that could surpass the ones we wrote for the last record.  Once we started writing, we knew we didn’t have as much to worry about. We think the new record will be something that hits the fans just as hard.

SMP: Will there be any guest spots on the record?

BMTH: Yeah, it is going to have some guest vocalists, but we want to keep the details a surprise for the fans. I think some of them will be expected, while others will probably be more shocking.

SMP: Will the record be just as heavy as the last? I ask because a lot of bands soften their sound once they reach a bigger audience.

BMTH: In some ways. this album is going to be heavier. We never intend to strat from that. We enjoy writing and playing heavy music and that is where we intend to stay. We really think these songs are going to blow people away. We put a lot of effort into making the album more intricate. We put a lot into the production and instrumentation. We are using all kinds of musical elements to create full songs. It’s going to have choir and string parts [to build on traditional] guitar parts.The album still sounds like Bring Me The Horizon, but we are taking it to the next level. 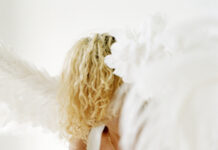