Hellogoodbye’s first album after a four and a half year recording hiatus, Everything is Debatable, is created with a quality that is anything but debatable. Creating a mix of electronic pop from early recordings and gang folk vocals from more recent releases, this new album fills the shoes the band has been trying to fill, transcending the needs of teeny-bopper, one-hit wonder songs to a progressive writing style whilst still fulfilling the hopeful light and nostalgic ties of a longtime audience. While Everything is Debatable may not be the chart topper of Hellogoodbye early years, the album will still be a fan favorite because the band’s growth remains undeniable. 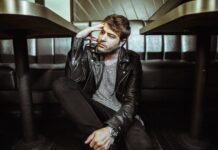