Before embarking on a journey, it is only fitting to have a proper send off.  So prior to heading out on a road once again, Cartel kicked off a stint of constant touring by rocking out in their home state of Georgia.  These Conyers natives were the headlining act at The 7 Venue’s, Pop Punk Festival in Douglasville.  Will Pugh, Joseph Pepper, Nic Hudson and Kevin Sanders always put on a good show and this particular Saturday night was definitely no exception.

After many fans spent all day seeing multiple bands between the two stages, the time had finally arrived for Cartel to take the main stage, which donned a larger than life banner of the cover of Collider, Cartel’s fourth full-length album.  The guys recorded and produced this album independently, while collaborating with Kenneth Mount and Zack Odom.  ZK Productions is responsible for past Cartel records, so they are well versed when it came to what Will, Joseph, Nic and Kevin wanted to accomplish with Collider, an album that bring together the past and future of Cartel.

Only time will tell exactly what happens next, but the possibilities are endlessly bright.  From the Ransom EP to Collider, the set was full of favorites, from then until now with “Matter of Time”, “Luckie Street”, “Lose It”, “Perfect Mistake”, “Lessons in Love”, “Uninspired” and “Collider” amongst the set list tunes.  It has been a great journey that, this writer is proud to have seen since the early Chroma days.  Anytime a Cartel show is in the area, it is a must attend.  No matter what, the guys always take a time out to express appreciation to fans that continue to support them and coming to shows.  Fans reciprocate by singing along and rocking out to the tunes.

Always a stellar evening at a Cartel show, from live performance to after show hang time with the guys, all good things must come to a temporary end, so until the next show, fans have memories of that night to look back to.  For Will, Kevin, Joseph and Nic, home state shows are always standouts, but to the future they go.  After a spot at Bamboozle, a headlining tour and a support spot with New Found Glory, Cartel is set to go oversees to Australia and the UK.  What’s after that for Cartel? The two worlds, band and touring, continue to collide as they embark on the Glamour Kills tour with Mayday Parade, Stages & Stereos and Man Overboard. 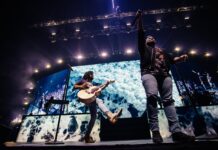 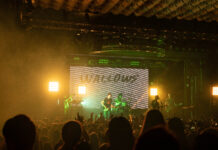 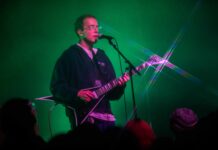