On February 25th, The Summer Set announced their new album, Legendary (out April 16), and released a music video for their new song, “Maybe Tonight”. This created a new level of excitement for Portland fans of TSS who filled the Hawthorne Theater (a venue you’ll see is not the photographer’s friend) the next night. The band was equally excited as the fans about the announcement and it showed in their live performance. The Summer Set performed an array of songs from each of their full length albums and kept the energy level high. Their opening song, “F*** U Over”, initiated the crowd’s enthusiasm and set off a dance party, which continued for most of the set. This included a re-imagined cover of Bruno Mars’ “Locked Out Of Heaven”. The band slowed the tempo down in the middle of the set to play “Where Are You Now”, a song off their first album which they rarely play live. The band treated the crowd and played them three new songs off their upcoming album: “Maybe Tonight”, “Boomerang”, and “Legendary”. They waited to play “Legendary” as one of their encore songs (right before their most popular tune, “Chelsea”). It was easy to tell how proud the band is of their upcoming release. Before playing the song, vocalist Brian Dales told the crowd that the band had decided to all live together while writing the upcoming album. He said it was the worst decision they’d ever made as a band, but if one song could’ve come out of it, he was happy, as long as it was the song “Legendary”. “Legendary”, as well as the other two new songs they played, held an obvious higher level of musical maturity. Their entire set was polished, fun, and captivating. It’s safe to say that TSS effectively convinced the crowd to be waiting in anxious anticipation for their next full length, and everything else the band has in store. 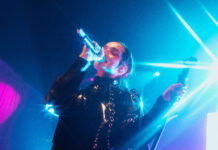 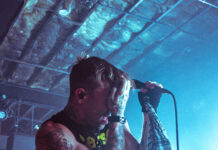 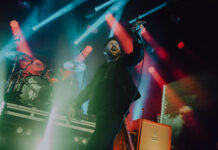 LIVE REVIEW + PHOTOS: Motionless in White and Beartooth open up the pit in New York